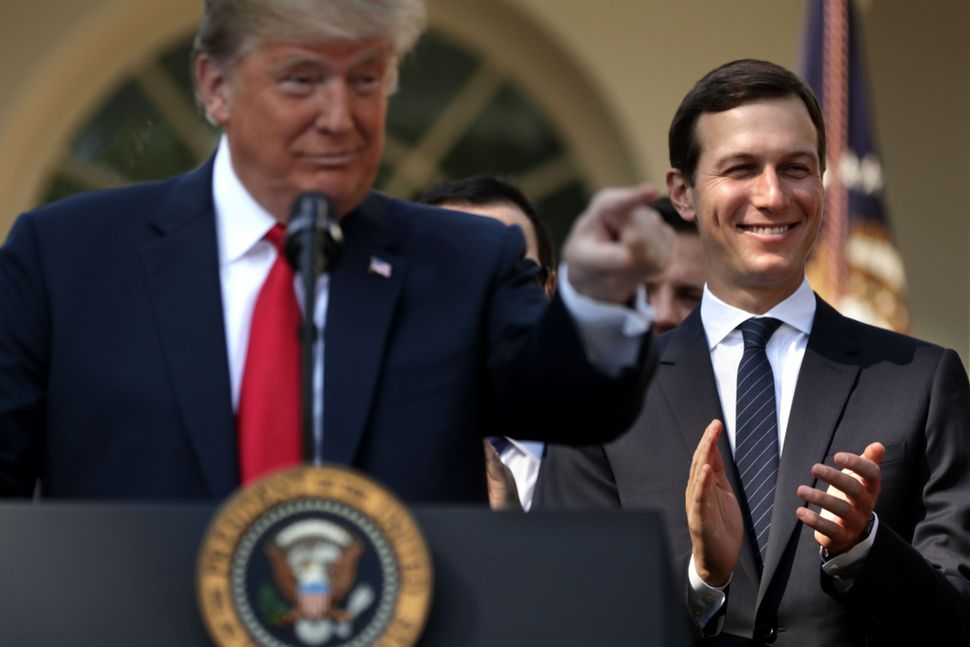 Donald Trump discussing a trade deal with Mexico at the White House on October 1, as Jared Kushner looks on. Image by Getty

Donald Trump has endorsed prison reform legislation, something Jared Kushner has been working on for the better part of a year. Trump is hailing the prison reform bill as a major piece of bipartisan legislation.

“This group reached a bipartisan agreement — did I hear the word bipartisan? Did I hear that word?” Trump told a room of Republican lawmakers at the White House Wednesday, according to ABC.

During that meeting, Trump directly acknowledged Kushner’s work on the bill, which has also faced bipartisan opposition — in April, Senator Chuck Grassley (R-Iowa) and Senator Dick Durbin (D-Illin.) asked a House committee to block Kushner’s version of the bill because it did not include provisions for overhauling sentencing guidelines. Though Grassley and Durbin have championed the bill for years, Trump’s endorsement of it is widely seen as a victory for Kushner.

Trump worries that the bill could turn his base against him, according to Axios. But the bill, called the First STEP Act, has been endorsed by the world’s largest group of sworn police officers, the Fraternal Order of Police.