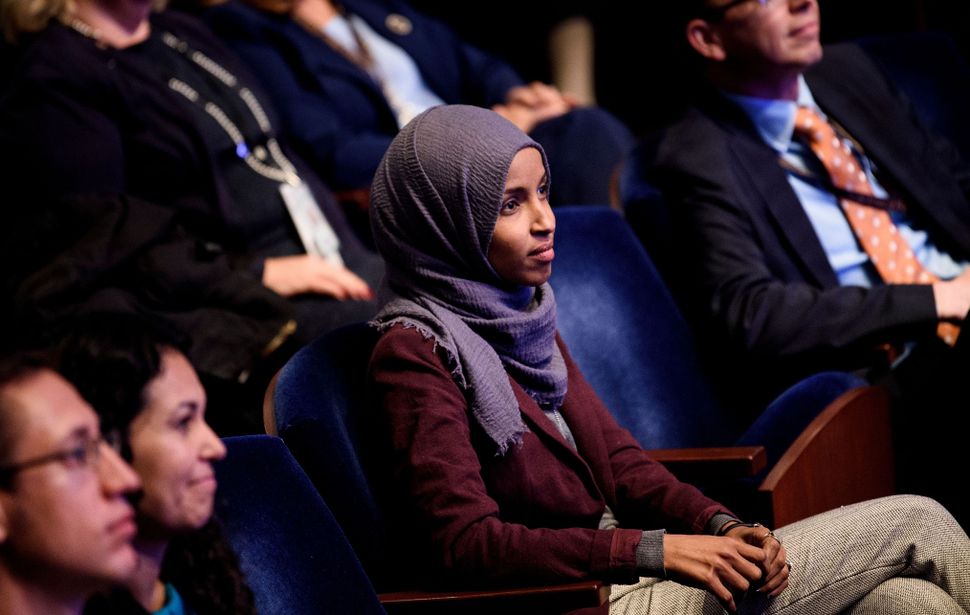 The U.S. House has banned hats of any kind for 183 years. Now Ilhan Omar, one of the first two Muslim women elected to Congress this year, is set to help change that year.

Omar (D-Minn.) and Nancy Pelosi (D-Calif.) are partnering on proposing legislation to allow lawmakers to wear religious headwear in Congress, Roll Call reported. That would allow Omar, who is an observant Muslim, to wear a head scarf on the House floor, as well as allow members of Congress to wear yarmulkes.

The change, also supported by the incoming Rules Committee Chairman Jim McGovern, (D-Mass.) is part of a larger overhaul of House rules. (The Senate does not have a similar rule.)

In a tweet about the rule change, Omar underscored that wearing the hijab is protected by the first amendment of the U.S. Constitution.

No one puts a scarf on my head but me. It’s my choice—one protected by the first amendment.

And this is not the last ban I’m going to work to lift. https://t.co/7U3ZLTaWur

The hat rule has been challenged once before, in 2010. The Florida representative Frederica Wilson wanted to be able to show off her collection of sequined cowboy hats. She also called the rule “sexist,” saying that the rule dates to a time when women were expected to wear hats indoors, while men were not.