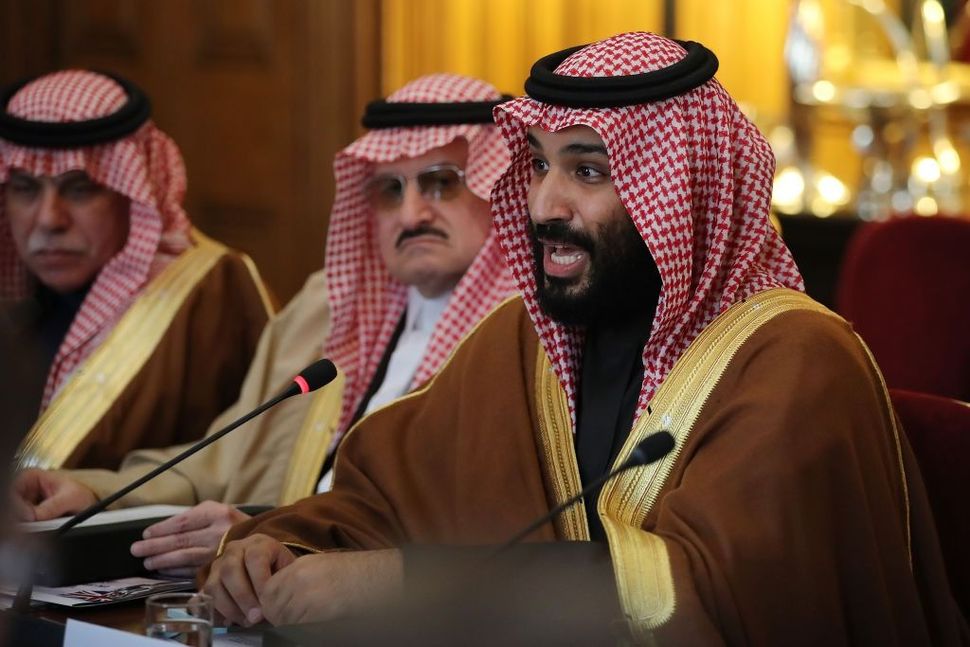 Saudi school textbooks for the 2018-19 academic year instigate hatred or violence against Jews, Christians, women and homosexual men, according to an analysis by the Anti-Defamation League.

Newly released textbooks were translated, and several passages were documented in the ADL’s “Teaching Hate and Violence: Problematic Passages from Saudi State Textbooks for the 2018–19 School Year.” Groups that don’t align with Islam were targeted in the books, which are also used in countries in Africa, Europe and other parts of Asia, the ADL found.

The curriculum included hateful sentiments about Jews and Judaism, with some calling for violence.

“Among the most prominent effects of Zionism on the Islamic World are … the spread of drugs and sexual and other diseases in many Islamic countries,” one passage read.

Saudi Crown Prince Mohammed bin Salman recently said in an April interview that he recognizes Israel’s right to exist, BBC reported. Both countries are involved in U.S. relations, in the quest to create a Middle East peace plan. Israel didn’t criticize Saudi Arabia following the Saudi-orchestrated murder of journalist Jamal Khashoggi, a critic of the country’s government who was killed in its embassy in Istanbul.

The country had told the U.S. government that it would clear its textbooks of problematic lessons by the 2008 school year, according to the ADL.