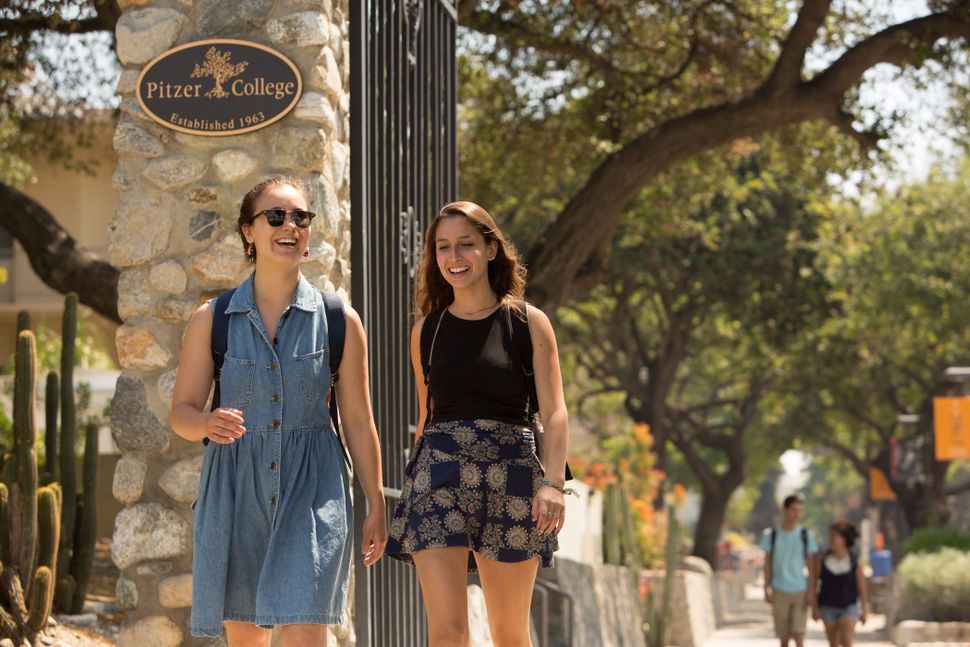 Students walk through the Pitzer College gates. Image by Wikimedia

(JTA) — The faculty of Pitzer College in Southern California voted to suspend the school’s study abroad program at Haifa University in Israel.

The faculty also voted to condemn the school’s trustees for opposing a student government resolution to divest from Israel, according to the Claremont Independent, a student newspaper at the private liberal arts school in Claremont. The student senate voted last year to divest from five companies as part of the movement to boycott Israel.

Recent months have seen college instructors, acting on political grounds, repeatedly oppose their students’ intentions to study in Israel. Two instructors at the University of Michigan refused to write letters of recommendation for students to study there. One of them, American Studies Professor John Cheney-Lippold, was deprived of a merit raise and sabbatical due to his decision.

Pitzer, which is about 30 miles from Los Angeles and part of the Claremont Colleges consortium in Southern California, runs a semester abroad program at the University of Haifa in the fall and spring.

In 2017, Israel passed a law enabling the state to bar entry to foreigners who support the Boycott, Divestment and Sanctions movement targeting Israel.

The University of Haifa responded in a statement saying that the university exemplifies an environment of multiculturalism and pluralism. Haifa has a large Arab population and is known as a city where Jews and Arabs tend to live in shared society.

The Pitzer student senate will vote on a resolution this week that condemns the faculty vote for being taken without student input and singling out Israel among all of the school’s study abroad programs. It also criticizes the faculty for seeking the “advancement of a political agenda at the expense of students who seek opportunities in Middle East/North African Studies, Arabic, Hebrew, Christianity, Judaism, Islam and the intercultural relations of Israeli and Palestinian ethnicities.”