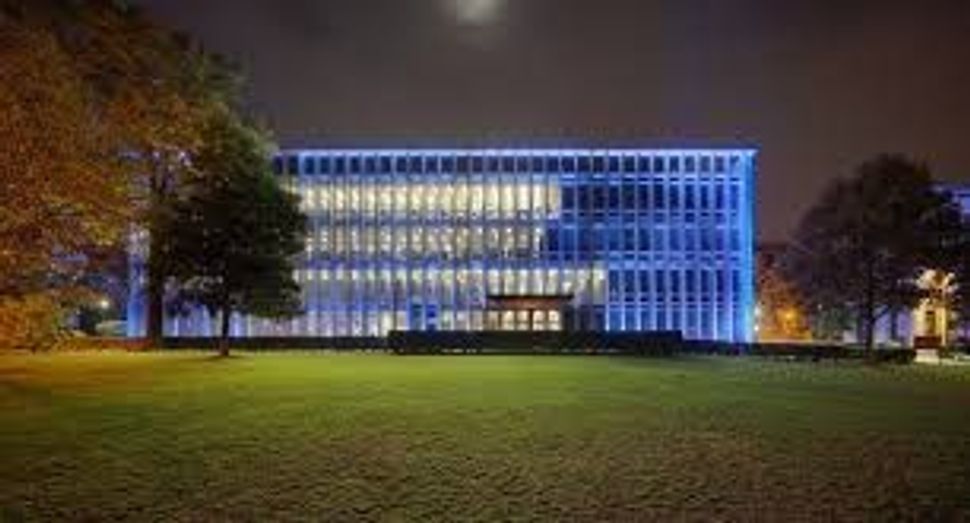 The vandalism was discovered last week, though it is not known when it was written in the book. Carnegie Mellon is located in Pittsburgh.

Graduate student Adira Rosen, who discovered the vandalism while researching a paper on a Yiddish play, wrote about her discovery on Facebook.

In addition to swastikas on two pages, one page had the words “Jews have no business at CMU!” Written in a different handwriting, just below it, read “you are right :)”

“This is a hate crime that happened here at Carnegie Mellon University, not in another country, or another state, or even in an adjacent neighborhood. It happened here,” Rosen wrote.

“As a Jewish person, and a member of the Pittsburgh community, the shooting at the Tree of Life Synagogue, almost exactly a month ago, was the biggest tragedy that has ever affected me or my personal community. Seeing anti-Semitism occur right down the street from your home is a tragedy beyond belief but to hold a hate crime in your hands is something for which I have no words,” she also wrote.

“The odds of this book being the only book in Hunt Library to have been defaced in such a way are low,” she added.

University officials say they are investigating the vandalism.

In a statement addressed to students and faculty on Thursday, CMU President Farnam Jahanian wrote: “I am distressed and saddened by yet another act of hate in our community.”

He added: “We condemn this evil. We reject bigotry in all its forms, it has no place in society.”