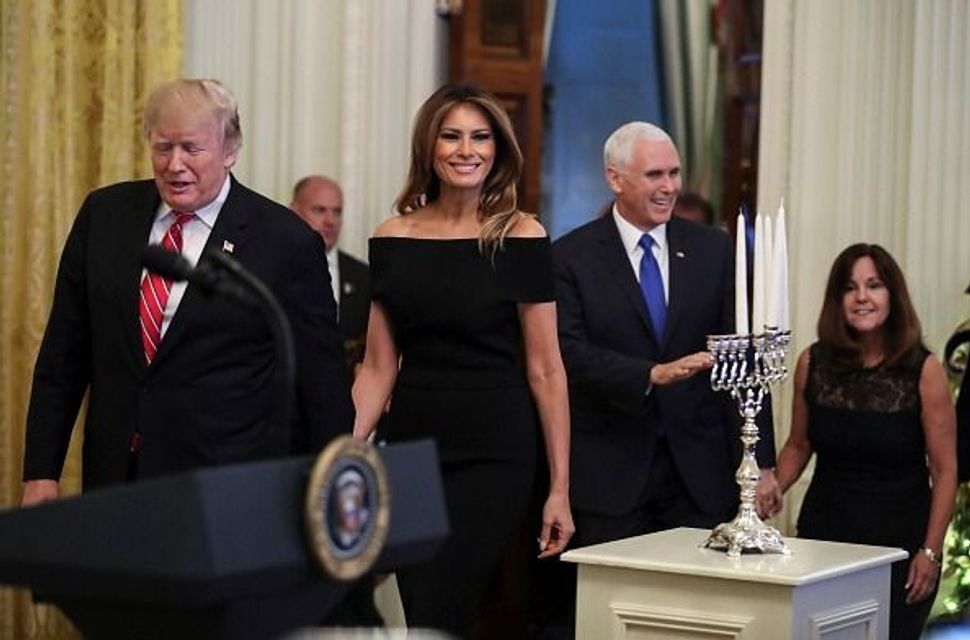 It was split into two: one in the afternoon and one in the evening. U.S. Army Chaplain (Lt. Col.) Rabbi Shmuel Felzenberg and Rabbi Avraham Friedman of Chabad-Lubavitch of Parkland, respectively, led the menorah lighting ceremonies.

Trump celebrated with Holocaust survivors, reaffirmed his commitment to fighting “anti-Semitism everywhere it occurs” and patted himself on the back for the U.S. embassy’s move from Tel Aviv to Jerusalem.

The parties were reminiscent of Trump rallies, JI noted, with chants of “Four more years!” and “Trump, Trump, Trump.” The president posed for selfies and received the Birkat Kohanim blessing from Rabbi Friedman.

And, don’t worry, casino mogul Sheldon Adelson got a hearty plate of latkes.