Sheldon Adelson Is Quite Salty About GOP Hanukkah ‘Latke-Gate’ 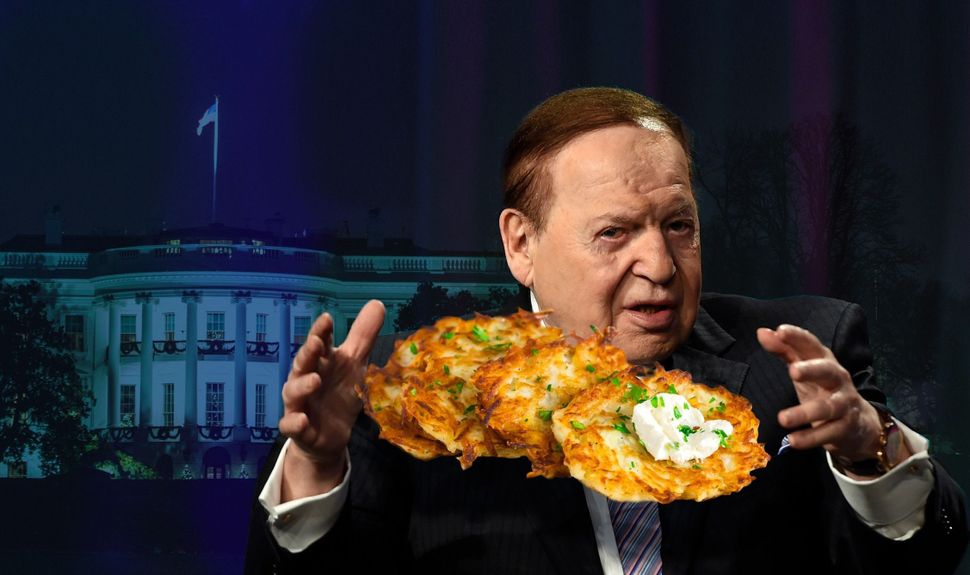 It hasn’t been confirmed if billionaire casino mogul Sheldon Adelson will attended this year’s the White House Hanukkah party, but if he receives an invitation, he likely will request two latkes.

Adelson recalled in a 2012 interview with Politico that he told Mitt Romney, then-Republican presidential nominee, that he really didn’t need much — just two latkes at the future Hanukkah party. It sounded like he still harbored some resentment from the previous year’s party, hosted by President George Bush, which ran out of latkes.

He said he went to all eight of Bush’s Hanukkah parties, but that last year he missed out on the traditional treat.

There is a good chance he will at least be invited, as he attended President Trump’s midterm election viewing party Tuesday night.

He and his wife Miriam donated $133 million to Republican candidates and causes in the 2018 midterm elections. But the GOP suffered a wave of defeats in his home state of Nevada.

Sheldon Adelson Is Quite Salty About GOP Hanukkah ‘Latke-Gate’