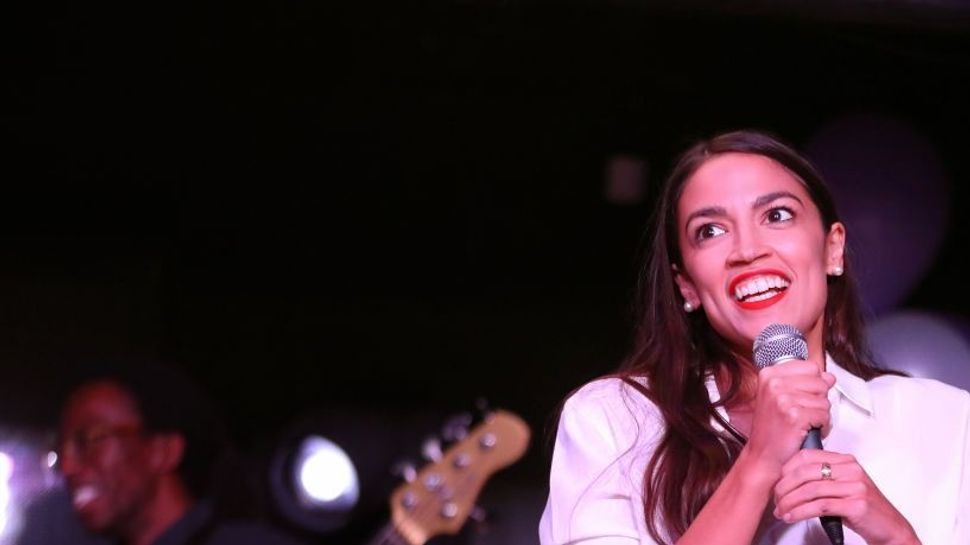 Alexandria Ocasio-Cortez, the newly elected firebrand congresswoman, has revealed for the first time that she has Sephardic Jewish heritage.

The 28-year-old Democrat said her distant ancestors fled the Spanish Inquisition to emigrate to Puerto Rico, where her immediate family roots lived until they moved to New York.

“Generations and generations ago, my family consisted of Sephardic Jews,” said Ocasio-Cortez. “So many people practiced Catholism on the exterior but on the interior they continued to practice (Judaism).”

At Hanukkah event with @JFREJNYC in an moving speech, @Ocasio2018 shares that her family were Sephardic Jews who fled to Puerto Rico. “So many of our destinies are tied beyond our understanding” pic.twitter.com/68bjuCFnDD

She didn’t explain why she has apparently never mentioned the issue before. In recent months, she has burst onto the national political scene with a leftist critique of the Democratic establishment and its stands on a variety of issues including Israel and the Palestinians.

Ocasio-Cortez told Haaretz that she didn’t plan to talk about her family history on Sunday, either. “Sometimes I feel the space, I feel the moment,” she explained.

Ocasio-Cortez, who pulled off a stunning upset over Democratic powerhouse Joe Crowley in a primary last spring, suggested that her relatives and other Puerto Rican families hid menorahs and other artifacts of Jewish practice in their homes on the overwhelmingly Roman Catholic island.

She used her unusual family history to draw a parable about the polyglot history of Puerto Rico, where many trace their roots to a mix of Spanish colonizers, indigenous native Americans and black slaves.

“So many of our destinies are tied beyond our understanding,” she said.

Speaking next to a Hanukkah menorah, Ocasio-Cortez was addressing a friendly audience at a Jews For Racial And Economic Justice event in New York.

A few gasps and an audible, “oh really?” greeted her initial statement that she has Sephardic roots. A crying baby and a wandering toddler later interrupted her speech.

The claim of Sephardic heritage echoes the claim by her political ally Julia Salazar, who snatched a Brooklyn state senate seat from an incumbent establishment Democrat. Salazar says her father’s Colombian family had Sephardic roots, but her brother disputes the assertion.

Ocasio-Cortez raised hackles among supporters of Israel when she decried the killing of dozens of unarmed Palestinians in Gaza as a “massacre” by Israeli troops.

Along with fellow newbie lawmakers Ilhan Omar of Minneapolis and Rashida Tlaib of Detroit, Ocasio-Cortez may shake up the normally one-sided conversation about Israel in the new Congress. But they will have little actual power to affect policy.

Tlaib has said she will not go on a trip to Israel sponsored by the powerful pro-Israel AIPAC lobby and instead plans to lead her own trip to the occupied Palestinian territories.