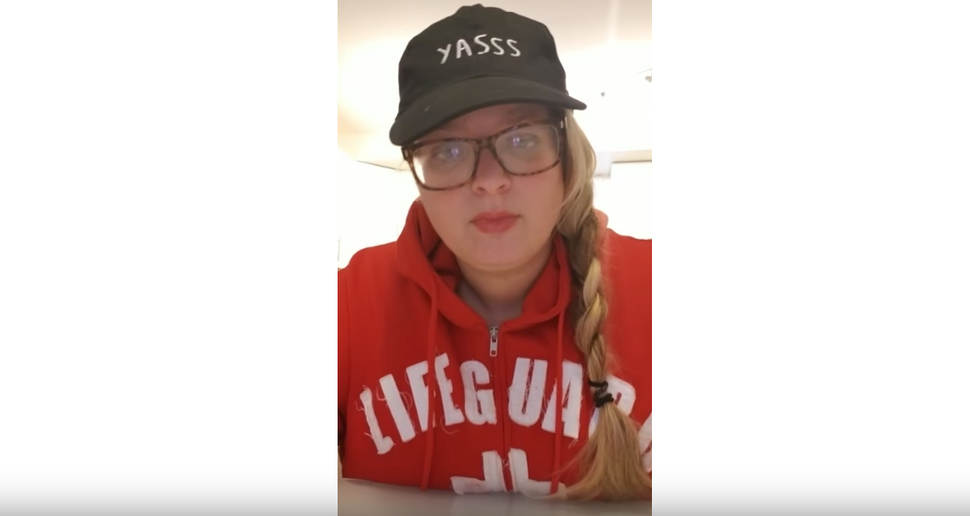 A popular Jewish comedian has twice been forced to find new locations for her show after Brooklyn rabbis threatened to revoke the kosher status of the restaurants that had been booked because she is a lesbian.

Leah Forster, who grew up in the Hasidic community and frequently pokes fun at Orthodox habits and lifestyles, was set to perform on New Year’s Eve at Garden of Eat-In in the Flatbush neighborhood — until the restaurant’s owner said that a rabbi from the local kosher certification agency demanded she cancel.

“(The rabbi) said that you’re a lesbian, and you represent that, and we can’t let this go on,” restaurant owner Chaim Kirshner told Forster, according to a phone call recording acquired by the New York Daily News.

Forster then went to another kosher restaurant, Orchidea in Borough Park, but another rabbinical group also pressured that restaurant to cancel. Multiple petitions also spread on WhatsApp. “One of the performers is openly lesbian,” one petition said. “Every part of this event is against (Jewish law) and against every moral fiber of our community.”

“I feel really bad. I really wanted to work it out,” Orchidea owner Mazal Werzberger told the Daily News. “I need to have the rabbi’s certificate,” she added. “If I don’t have (it) I have nothing.”

She said she has filed a complaint with the New York City Commission on Human Rights. The commission said it could not confirm or deny an open investigation.

Both Forster and Adina Miles, a Orthodox social media star who planned to host the event, compared the kosher certification agencies to the mafia.

“It’s not about the restaurants,” Miles said. “It’s about the mafia nature of the kosher certification establishment who overstep their power and try to control community discussion and the restaurant owners.”

The event is currently looking for a new location. According to its Eventbrite page, it’s a “Once in a lifetime chance to see the show that Rabbi$$ are trying to cancel!”