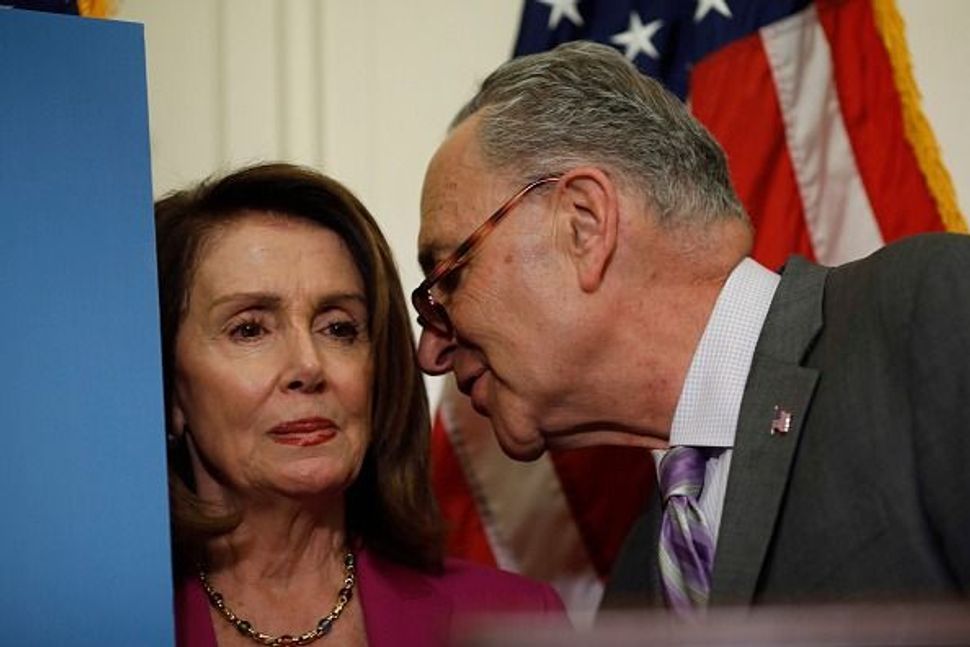 The senior New York senator has arrived at a new level of fame. Joining the likes of Madonna, Cher and Bono, Chuck Schumer has attained one-name status, as has Nancy Pelosi, the likely next Speaker of the House.

With the possibility of a government shutdown looming, media outlets Tuesday have been speculating what Schumer, Senate minority leader, and Pelosi, House minority leader, plan to do about it. The story has given rise to a combined nickname, “Chuck and Nancy.”

POLITICO: “Chuck and Nancy head to the White House.”

NPR: “Trump To Meet With ‘Chuck And Nancy.’ Expectations Are Low.”

The Hill: “Will Trump strike a deal with Chuck and Nancy?”

CNN: “Trump meeting with ‘Chuck and Nancy’ is back on ahead of shutdown deadline.”

Their power-couple status was actually forged back in 2017, when, in an article about health care, The New York Times penned the headline: “‘Chuck and Nancy,’ Washington’s New Power Couple, Set Sights on Health Care.”

This is by far Schumer’s best political nickname to date. In the past, President Trump has dubbed him “Cryin’ Chuck,” “Fake Tears Chuck Schumer,” “Head Clown Chuck Schumer” and “High Tax Schumer.”