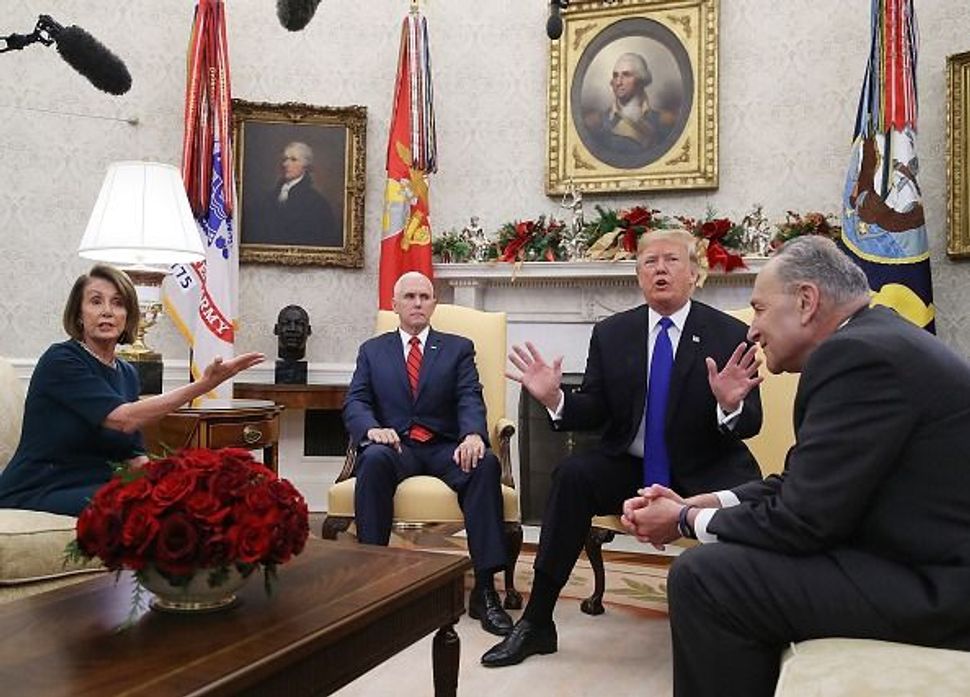 There was yelling. There was finger-pointing. There were threats to shut down the government.

Just another Tuesday in the White House.

“Chuck and Nancy,” as they’ve come to be known, sat across from each other on couches in the Oval Office, on opposite sides of Trump.

Trump retorted: “I am proud to shut down the government for border security.”

Pelosi tried to end it, a few times: “I don’t think we should have a debate in front of the press on this.”

Pelosi: “I don’t think we should have a debate in front of the press on this” pic.twitter.com/gopvtJKpXO

This isn’t the first time the president has threatened to shut down the government over funding for a wall along the U.S.-Mexico border, according to Huffpost. He wants $5 billion for the wall, but Schumer and Pelosi suggest a set of bipartisan proposals that give $1.3 billion toward border security. The deadline to reach a new funding deal is Dec. 21.