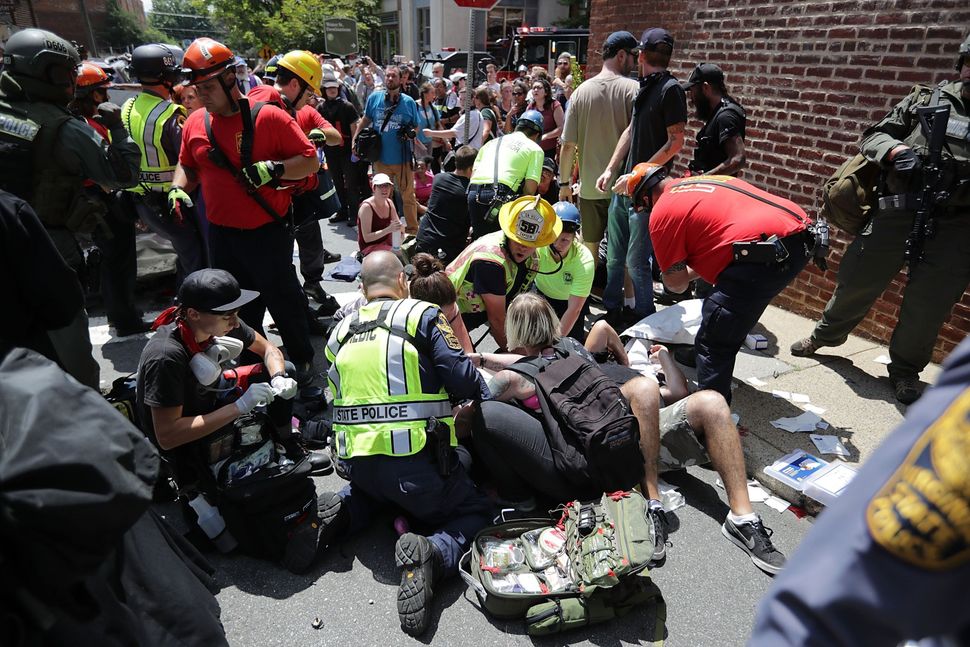 (JTA) — A jury in Charlottesville, Virginia, recommended a sentence of life in prison plus 419 years for the man who rammed his car into a group of counterprotesters at a far-right rally, killing 32-year-old Heather Heyer.

The jury in the Virginia district court made its recommendation for the sentencing of James Alex Fields Jr., 20, on Tuesday following four hours of deliberations over two days, including listening to statements from victims. It also recommended a fine of nearly half a million dollars.

On Friday, the same jury found Fields guilty of first-degree murder on its first day of deliberations following a trial of nearly two weeks.

Fields also was convicted on nine other counts, including hit and run, for injuring at least 20 others with his vehicle.

He also is charged with 30 federal hate crimes, which will involve a federal trial.

The rally on Aug, 12, 2017, was held under the banner of “Unite the Right.” It was organized originally to protest the removal of a statue of Confederate Gen. Robert E. Lee.