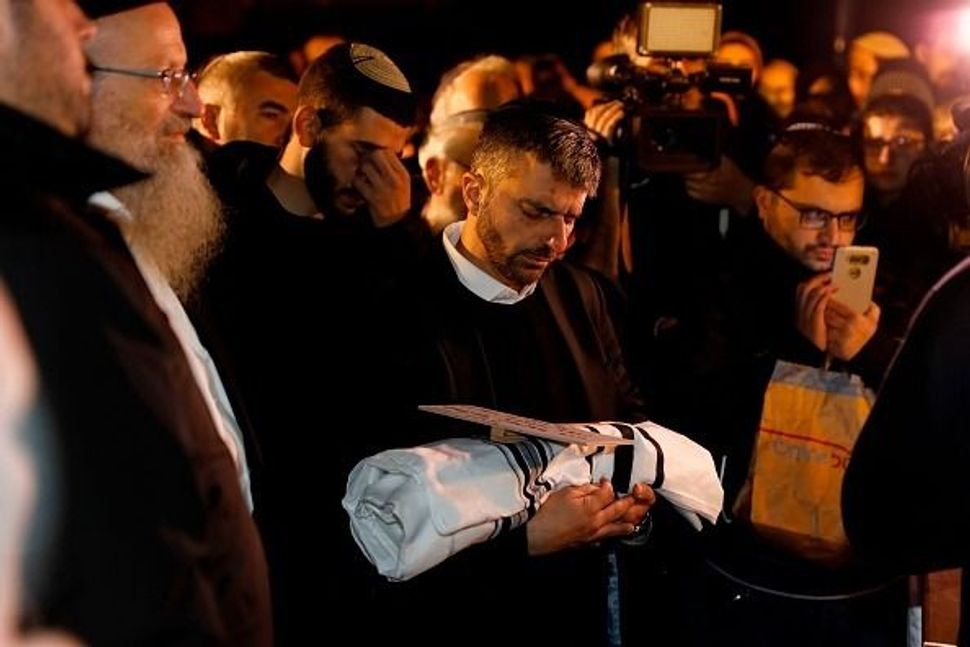 A baby born prematurely after his mother was shot in a terror attack in the West Bank has died. Image by Getty Images

JERUSALEM (JTA) — Israeli security forces shot and killed the son of a West Bank Hamas leader suspected of involvement in the shooting attack outside of the West Bank settlement of Ofra that left 7 injured and a newborn baby dead.

Four other Palestinian men alleged to have been involved in the attack also were arrested in the operation late on Wednesday night.

The killed man is Saleh Barghouti. He was shot and killed after firing on Israeli troops while trying to evade arrest. Several of the men reportedly were hiding out in a building in Ramallah located near the Muqata, the seat of the government of the Palestinian Authority.

The killing and arrests came hours after the funeral of the baby born prematurely to a woman shot in the drive-by attack Sunday at a bus stop at the entrance to the West Bank settlement of Ofra. Thousands attended the funeral of the prematurely born son of Shira and Amichai Ish-Ran, who were both injured in the attack. The baby was held by his parents Wednesday before he died and named Amiad Yisrael.

Hamas on Thursday praised Barghouti as a “heroic martyr” and claimed credit for the Dec. 9 attack.