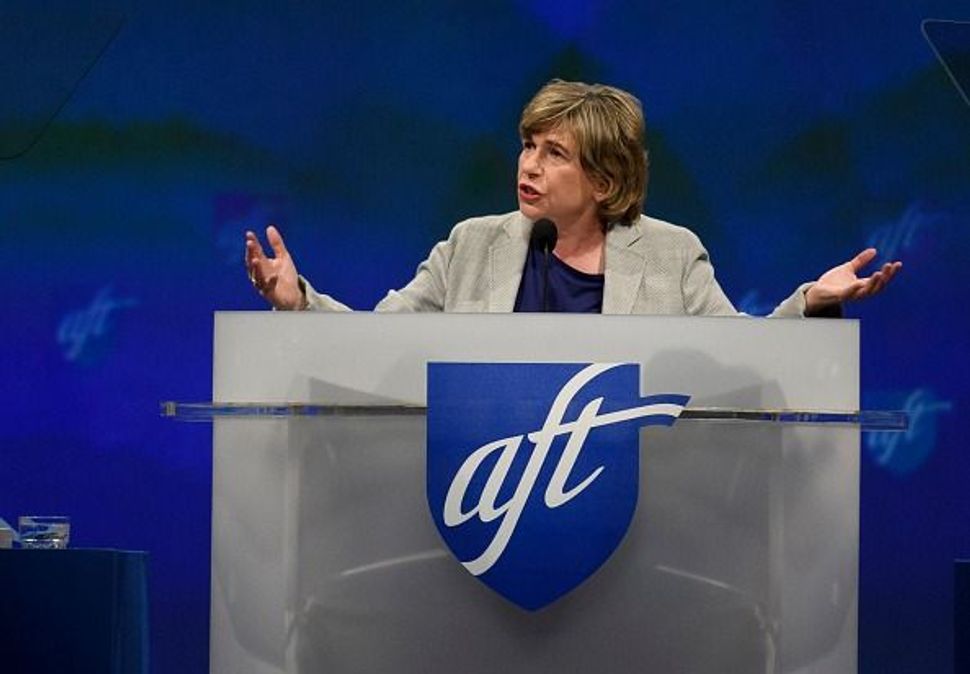 A number of areas around the building, including a wall, were yellow spray-painted on Tuesday and Wednesday with “I want Jexit!” an apparent anti-Semitic play on “Brexit,” Britain’s planned pullout from the European Union.

Randi Weingarten, the president of the national union for teachers, is Jewish and has partnered AFT with Israeli programs. She has become an outspoken critic of President Donald Trump.

In its statement, the AFT said it had reported the vandalism to police and had asked the Anti-Defamation League and the Southern Poverty Law Center to further investigate the term “Jexit.”

Weingarten in the statement said the union would not be intimidated. “Defacing our community with hateful rhetoric is meant to intimidate, otherize and sow fear, and to divide our community and make people feel unsafe and unwelcome where they live and work,” she said. “But this type of hate crime does just the opposite: It mobilizes us to come together and unite around the common causes of tolerance and peace, and to continue fighting for a more inclusive, more just world.”