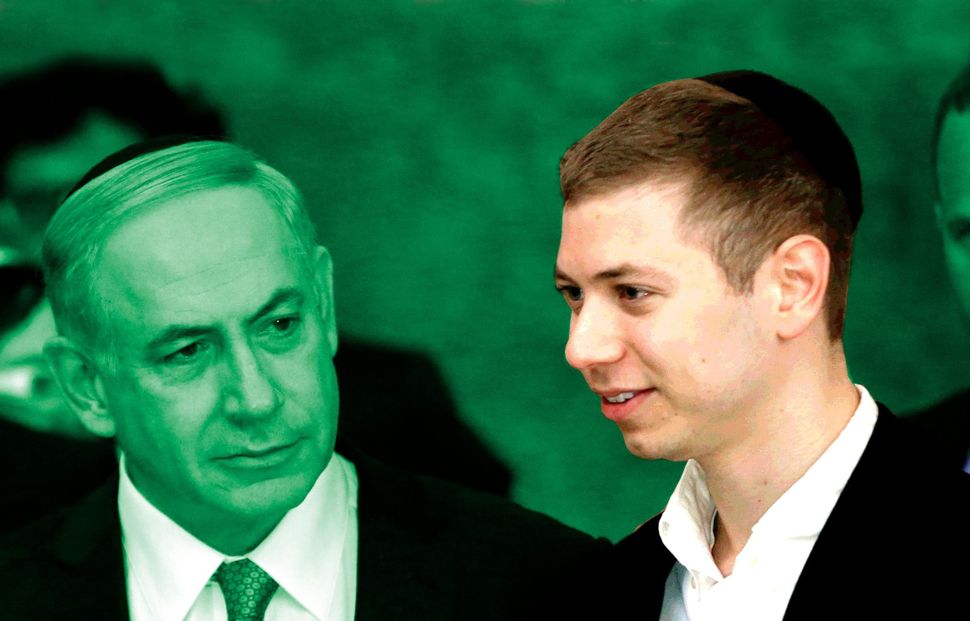 (JTA) — Yair Netanyahu said there would not be peace in the land of Israel until either all the Jews or all the Muslims leave — and he would prefer the latter.

“There will not be peace here until:

“I prefer the second option,” he posted.

The post has garnered 750 reactions as of Friday evening in Israel, most of them in agreement.

It’s the second time in a week that the younger Netanyahu has posted a controversial comment online. On Monday, he posted on Facebook that the press, as well as left-wing NGOs and politicians, are “traitors.” His father disavowed the comment.