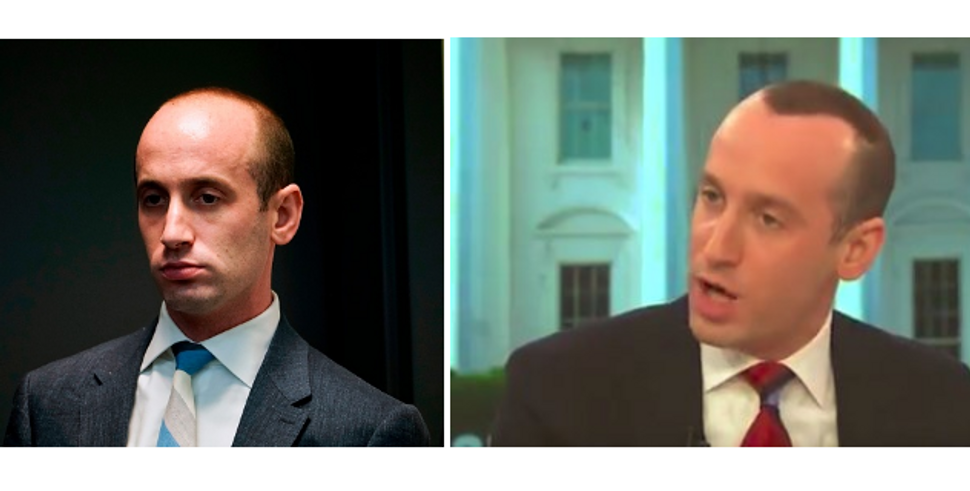 In what appears to be an attempt at covering his receding hairline, Miller, known for his hardline anti-immigration policies, sprayed — rather unevenly — something to give the illusion of closely cropped hair.

I’m going to leave this right here and not comment, with one exception. @StephenMillerAL – just let it go already. Of all the cover-up options, spray-on is THE WORST. Even worse than utilizing Michael Cohen. #BaldIsBeautiful https://t.co/nI9bl6HD2p

I think that men should be allowed and encouraged to do all the same vain shit women do to their hair/skin etc, but Stephen Miller is a fascist and I don’t care about him.

Folks, can you please stop making fun of Stephen Miller for his spray-on hair?

Think about how hard it is when you can’t see yourself in a mirror because you’re a soulless vampire.

Please, have some sympathy.

Instead of mocking Stephen Miller’s spray-on hair, we should be working to stop his vile policies.

Whoa. Just saw the hair. We can multitask.

The border Stephen Miller should actually focus on pic.twitter.com/cp7QGdPli6

But alas, the ‘do didn’t stick.