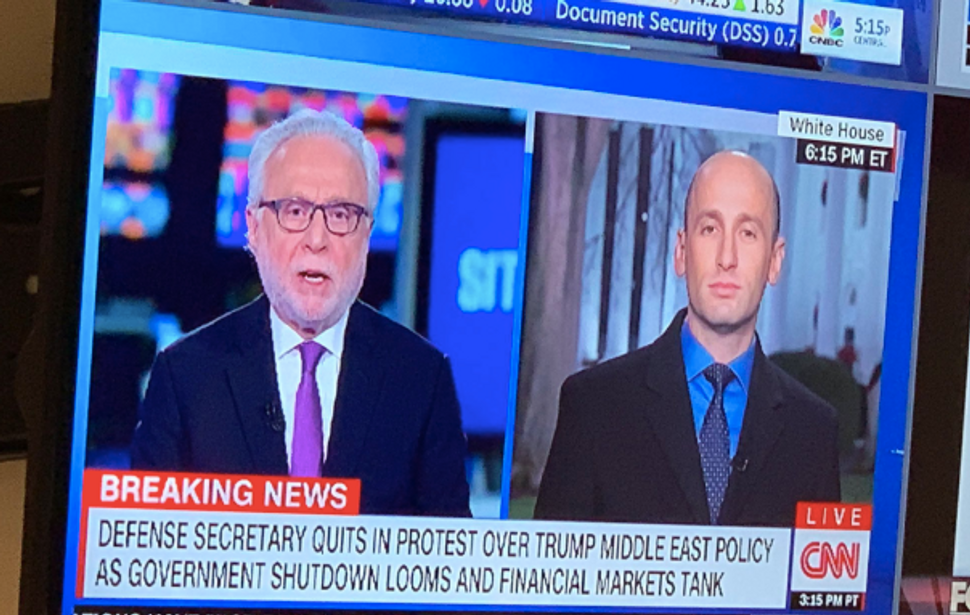 But at least he dumped the spray-on hair experiment.

The pugnacious Jewish White House aide, known for his hardline views on immigration, was showing off his trademark bald pate again just 72 hours after he was lambasted by the fashion police for appearing on Sunday talk shows with the faux follicles covering much of his barren patch.

Wolf: “Calm down a minute, we don’t have to yell” ? pic.twitter.com/1nnQKeMty0

Miller raised his voice as he argued with Blitzer that the country could not afford to wait any longer for Trump’s wall, even though experts say there is no crisis and illegal immigration is at normal levels.

“Calm down a minute, Stephen,” the veteran anchor chided. “You don’t have to yell.”

Miller was torched for his new coif as he pushed Trump’s stubborn insistence that he will partially shut down the government if Congress does not pass a spending package including $5 billion for a wall along the border with Mexico.

The White House softened that demand for a good 48 hours early in the week as Republican mandarins sweet-talked Trump into claiming victory for some portion of his “artistic” wall with steel slats.

That dose of sanity left Miller isolated but Trump changed his mind again on Thursday, proclaiming his newfound opposition to a GOP-passed bill that left out wall funding.