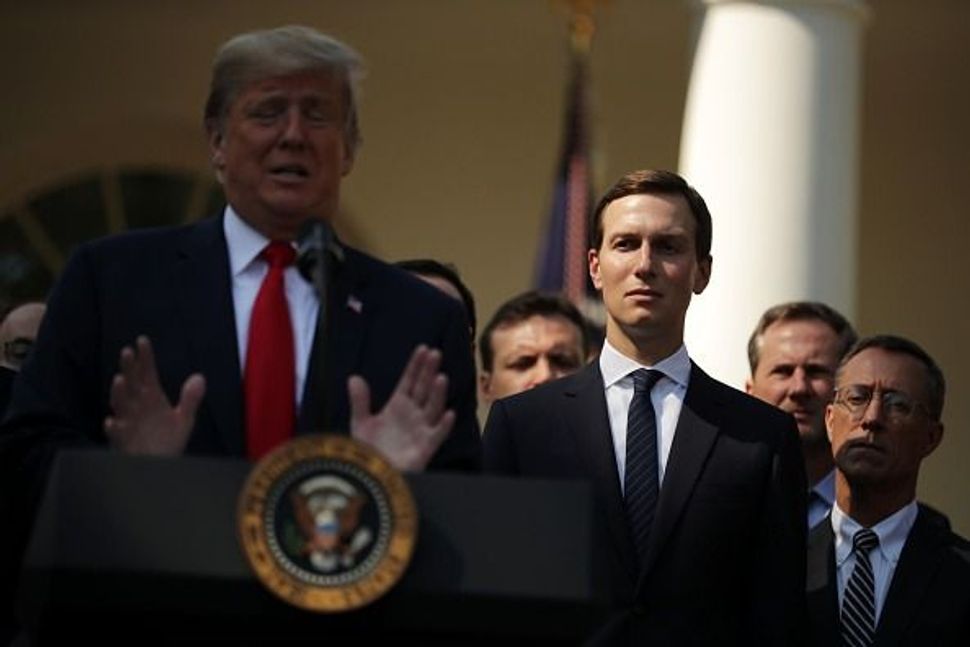 Buzzfeed News on Sunday provided a transcript of Erekat’s recollection of the November 30 meeting. Less than a week later, the outlet noted, President Trump announced the U.S. embassy’s move from tel Aviv to Jerusalem.

It was Kushner’s 37th meeting about the much-anticipated Middle East peace plan, and his 33rd with Erekat.

Erekat recalls telling Kushner, Trump’s son-in-law, that the president was to sign a waiver not to move the embassy. Kushner relayed the message that he didn’t plan to.

“What do you mean we’re not going to sign? The president promised us in the White House that he would not take any step that may preempt or prejudge Jerusalem, not before negotiations,” Erekat said.

Kushner said that the U.S. officials would conduct policies “according to our interests,” to which Erekat replied would remove him from working on the deal any further.

He continued: “You don’t know the changes that are happening around you in the Arab world.”

To which Erekat responded: “The best thing for me is to be a student — so teach me.”

Assuring that he was not in fact being sarcastic, Erekat asked about the changes and warned that this decision would lead to disaster.

Kushner responded tersely: “This is our business, our policies.”

“Theodore Roosevelt once said the White House is an office of international morality,” Erekat told Buzzfeed, after replaying the transaction. “And he’s right. But this White House needs giant statesmen, not real estate agents.”