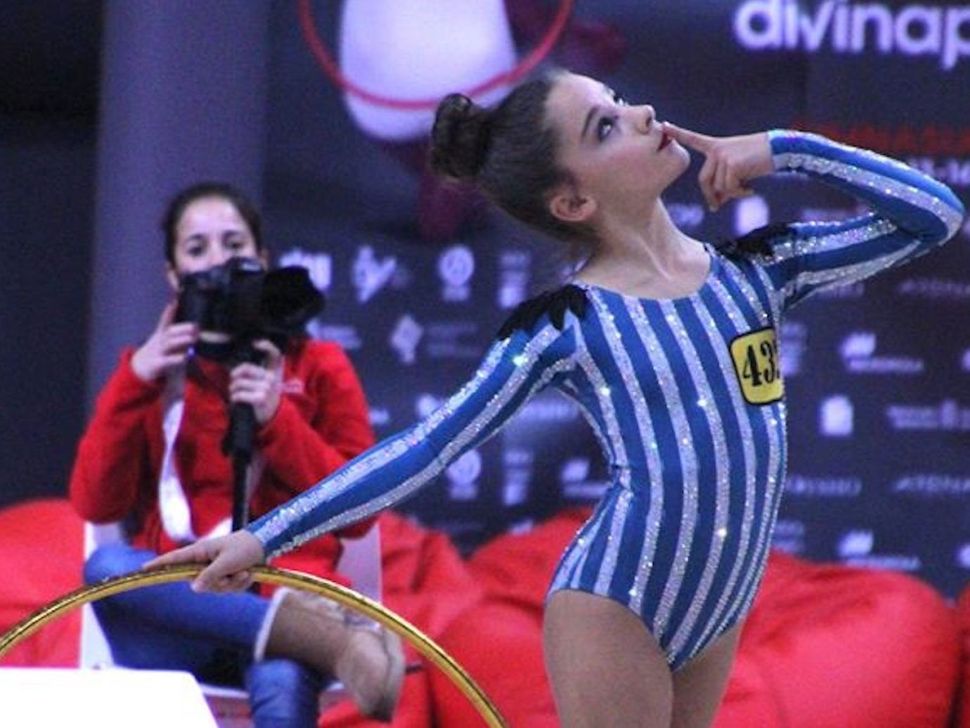 The Royal Gymnastics Federation of Spain posted on Facebook a picture of one of the female gymnasts dancing while wearing the costume at the National Tournament of Rhythmic Gymnastics in Pamplona. More than 100 teams competed in the event from all over Spain.

The music used for the routine was a performance by the Israeli singer Noa from the soundtrack of Roberto Benigni’s 1997 film “Life is Beautiful,” which tells the story of a Jewish Italian man who attempts to distract his son from the horrors of the Holocaust.

In 2016, a Russian skating duo performed to the same song at an ice skating show while wearing striped uniforms similar to the ones worn by inmates at the Auschwitz death camp. They also wore yellow stars on their chests. The Spanish gymnasts only had yellow squares containing numbers. They did not win in Pamplona.

The Spanish team’s Facebook page drew angry comments from those who called it an insult to the memory of Holocaust victims. But others defended it as a touching tribute.