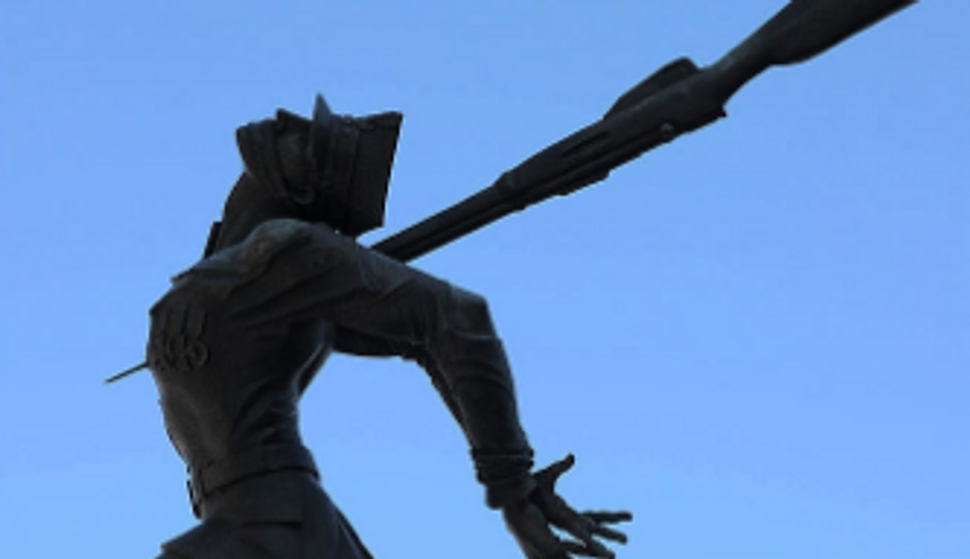 (JTA) — A statue that commemorates the Polish victims of a World War II massacre will remain on the Jersey City waterfront after months of protest and discussion, often uncomfortable, between Polish and city officials and citizens.

The monument on the east bank of the Hudson River commemorating the Katyn Forest massacre had been set to be removed due to work on a waterfront redevelopment project. Polish-American sculptor Andrzej Pitynski created the work in 1991.

The bronze and granite statue shows a tied-up Polish soldier who has been stabbed in the back with a rifle bayonet.

Mayor Steven Fulop had proposed to move the statue to another waterfront spot, in part so that children visiting the new park slated for the site are not confronted with the brutal murder scene. He went so far during debate on the issue as to call a Polish senator an anti-Semite.

In 1940, the Soviet secret police murdered over 20,000 captured Polish citizens, including soldiers and police officers, in the western Russia forest. Several hundred of the victims were Jewish; they were killed by a gunshot to the back of the head.

Mass graves were discovered by the Germans in 1943, and the Soviet Union initially blamed the Nazis. It was not until 1990 that the Russian authorities recognized that it was “one of the grave crimes of Stalinism.”