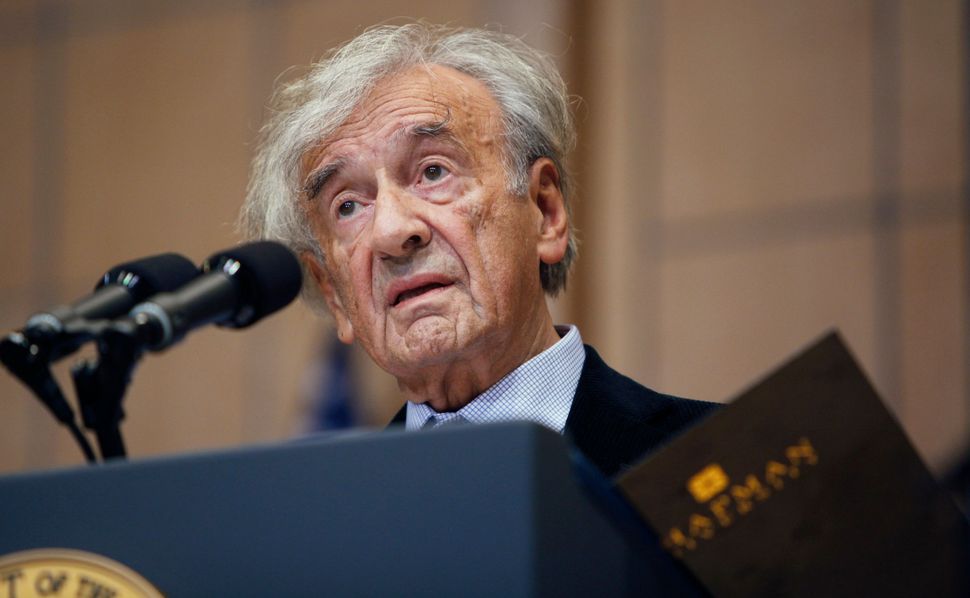 WASHINGTON (JTA) — Bipartisan legislation named for the late Elie Wiesel that aims to improve the U.S. response to emerging or potential genocides is expected to be signed into law by President Donald Trump.

The Elie Wiesel Genocide and Atrocities Prevention Act passed final votes last week in the Senate and the House of Representatives.

The act ensures that the official policy of the United States deems the prevention of genocide and other crimes a matter of national security interest.

It also would establish an interagency Mass Atrocities Task Force and encourage the director of national intelligence to include information on atrocities in the annual crime report to Congress. It also enables training for U.S. Foreign Service officers on detecting early signs of atrocities.

It was introduced in June 2017 by Reps. Joe Crowley, D-N.Y., and Ann Wagner, R-Missouri., and in the Senate by Sens. Ben Cardin, D-Maryland, and Todd Young, R-Indiana, both members of the Senate Foreign Relations Committee.

The final bill passed in the House on Friday, after previously passing in the chamber on July 17 in a vote of 406-5 with 117 cosponsors. The Senate approved the legislation last week, with 34 cosponsors.

“America’s strength around the world is rooted in our values. It is in our national interest to ensure that the United States utilizes the full arsenal of diplomatic, economic, and legal tools to take meaningful action before atrocities occur,” Cardin said in a statement issued by his office. “Tragically, these atrocities are happening today; we simply cannot wait to act.”