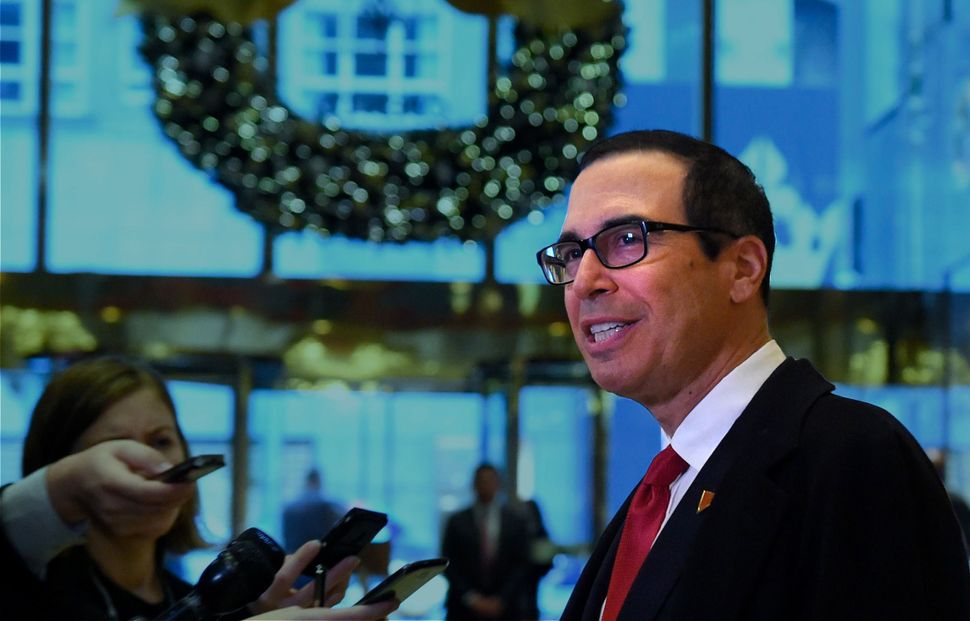 An attempt by Treasury Secretary Steven Mnuchin to calm fears of a nose-diving economy backfired Sunday after his statements prompted worry from the very people he was speaking to, Bloomberg reported.

In a statement released Sunday afternoon, Mnuchin said he called the CEOs of the country’s six largest banks, and that the CEOs reassured him that they have “ample liquidity,” or plenty of cash reserves. But, as Bloomberg put it, many are questioning “why Mnuchin answered a question that no one was asking.” Despite the recent economic downturn, few analysts have expressed concerns about a broader lack of liquiity.

“My initial instinct is this [Mnuchin’s statement] isn’t necessarily a positive thing, because it portrays that there’s worries that there is a bigger, broader issue,” Nathan Thooft, head of global asset allocation Manulife Asset Management, told Bloomberg.

This is amazing. It’s as if Mnuchin was trying to create a panic over something nobody was worried about until this release 1/ https://t.co/YJsGnEyOQD

The Atlantic suggested that Mnuchin’s statements could have three meanings: One, it was meant to reassure President Trump about the market; two, to reassure investors; or three, it is evidence that Mnuchin has “troubling insider knowledge” about the immediate future of the economy.

General public: Wait, what? Who was talking about a liquidity crisis?

Mnuchin: No one! No need to talk about a liquidity crisis! Probably not an issue!

Mnuchin has not issued any statements on his calls since Sunday.