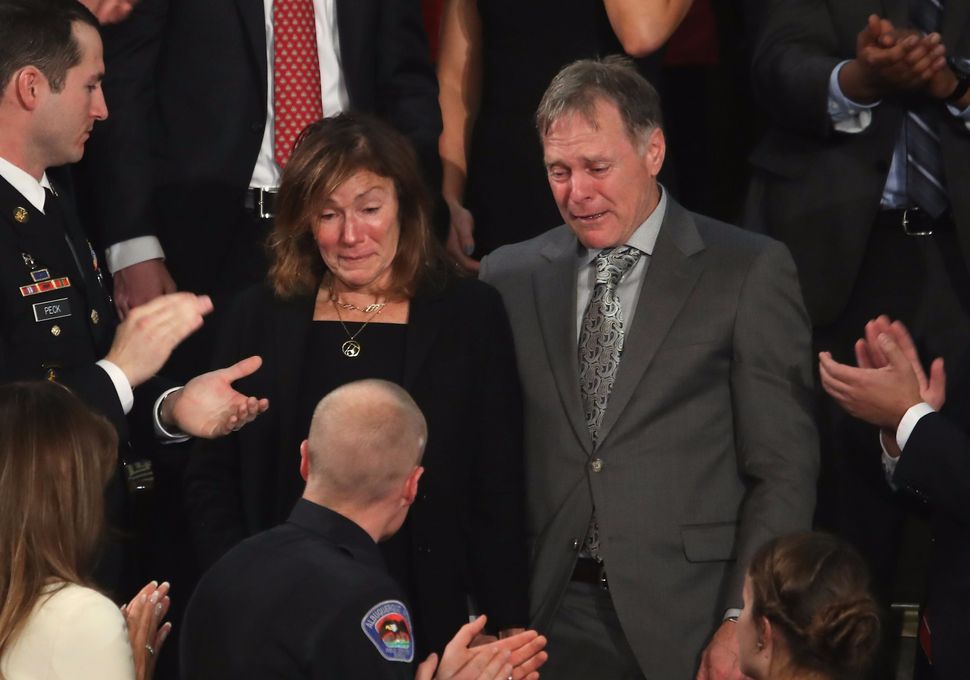 Otto Warmbier’s parents at the State of the Union address in January. Image by Getty

The family of Otto Warmbier was awarded $500 million in a wrongful death lawsuit against North Korea, Bloomberg reported.

Warmbier, a 22-year-old American student, died last year after being detained by North Korea for more than 17 months. He was returned to his family with severe brain damage. His parents, Fred and Cynthia Warmbier, sued the North Korean government in April, claiming that their son was tortured.