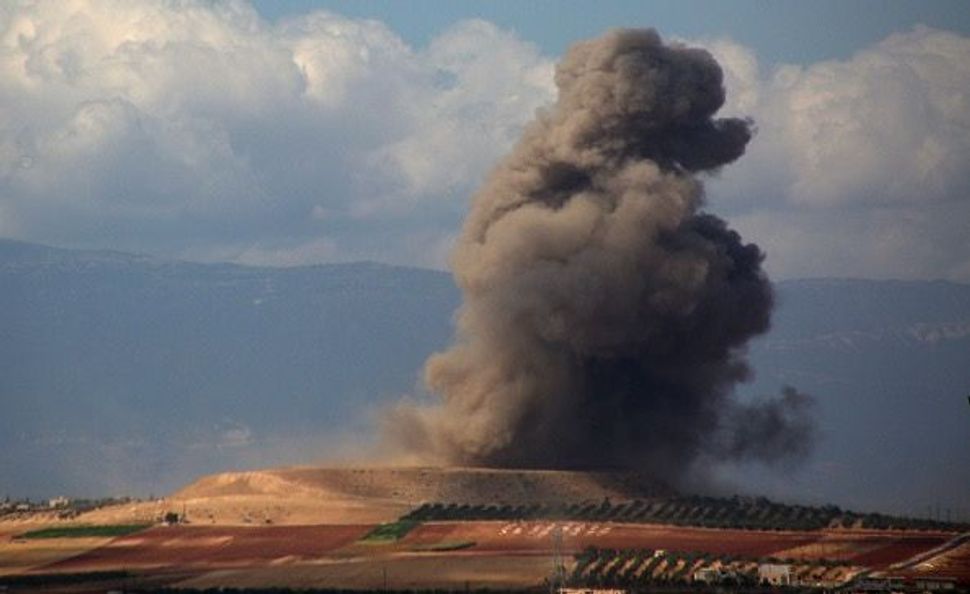 Airstrike in Syria in September 2018. Image by Getty Images

Israel has neither confirmed nor denied the Tuesday night airstrikes, which Russia’s Defense Ministry said endangered two civilian flights landing at the Damascus and Beirut airports.

Three Syrian soldiers also were injured in the airstrikes.

The Israel Defense Forces reported Tuesday night only that an IDF aerial defense system was activated in response to an anti-aircraft missile launched from Syria.

Newsweek reported Wednesday morning that Israel was responsible for the airstrike, citing information from a U.S. Department of Defense source with access to the information from Israeli senior military officers with direct knowledge of the attack.

A Syrian military source told the Syria’s official SANA news service that “Syrian Air defenses intercepted hostile missiles launched by the Israeli warplanes from over the Lebanese territories and downed the majority of them before reaching their targets.” It confirmed damage to an arms depot and three injured soldiers. Other Syrian media reported that Israel hit a Hezbollah base.

Russia’s Defense Ministry said in a statement that the Syrian military did not fully deploy its air defense system to allow the two civilian aircraft to fly out of danger.