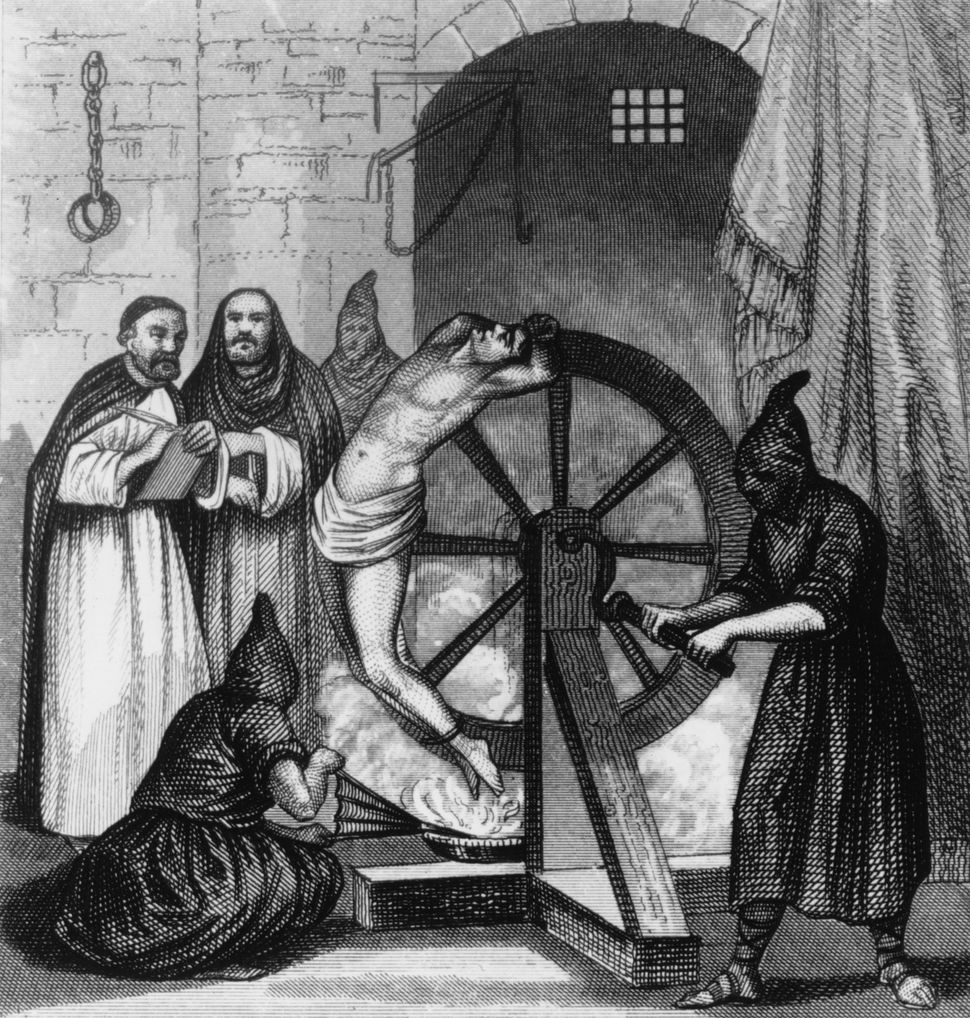 Conversos, those forced to convert during the Inquisition, later fled Spain and eventually formed the first Jewish communities in the Americas. Image by Getty Images

(JTA) — In a genetic study of 6,589 people from five Latin American countries, about a quarter displayed traces of what may be Sephardic Jewish ancestry.

Converso is the Spanish-language word for people who converted from Judaism to Christianity during the Inquisition in Spain and Portugal. Many conversos, or anusim in Hebrew, fled to Latin America.

Overall, converso genes account for only a small part of the ancestries of the study populations from each country, ranging from 1 percent in Brazil to 4 percent in Chile. The researches used a set of DNA variations, or haplotypes, observed to be common among Jews with roots in the Iberian Peninsula.

Some 23 percent of the 6,589 people sampled showed some genes — or more than 5 percent of their ancestry — associated with Sephardic, East Mediterranean or South Mediterranean ancestry, “probably stemming mostly from the clandestine colonial migration” of conversos, the researchers wrote.

“For every individual we characterized more than 600,000 genetic variants,” they added, “creating a dense genome-wide profile of genetic variation for each individual.”

The study is the most comprehensive of its kind in Latin America, but “it doesn’t represent the whole population” of the genetically diverse region and “has biases,” Chacón-Duque said.

While the study indicates that converso genes have spread far and wide in Latin America, he added, the research sample of fewer than 7,000 people “doesn’t necessarily mean that a quarter of Latin Americans have Sephardic genes.”

Earlier this month, U.S. Rep.-elect Alexandria Ocasio-Cortez (D-N.Y.) announced at a Hanukkah candle-lighting ceremony that she is descended from Sephardic Jews who fled to Puerto Rico during the Spanish Inquisition. During the ensuing debate, genealogists noted that any individual can count some 1 million ancestors between the present and the year 1500.