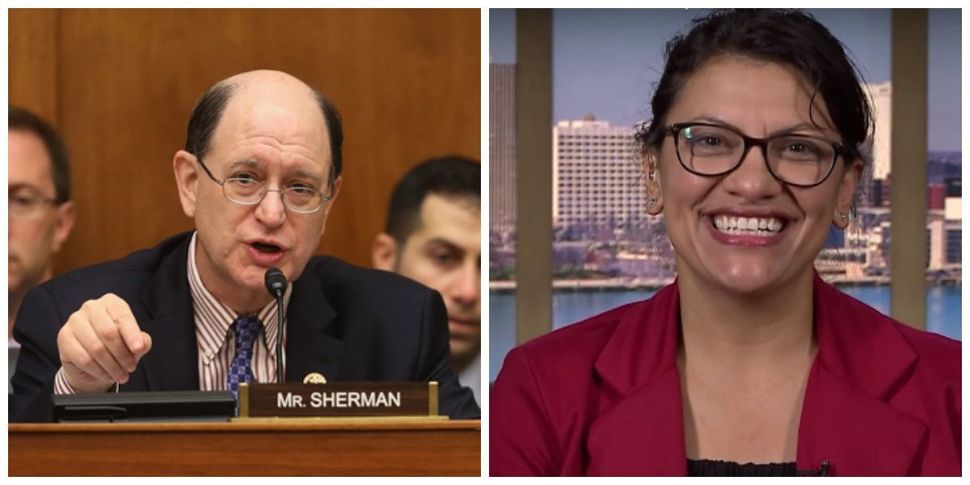 As the new Congress was sworn in on Thursday, representatives and senators were eager to introduce legislation. The first bill in the House of Representatives calls for re-opening the government. But soon to follow will be another effort that is less likely to succeed: impeaching President Trump.

Rep. Brad Sherman, a Democrat from California, told the Los Angeles Times on Thursday that he is introducing articles of impeachment on Thursday, the first day of the new Congress.

“There is no reason it shouldn’t be before the Congress,” said Sherman, who is Jewish. “Every day, Donald Trump shows that leaving the White House would be good for our country.”

Sherman’s document accuses Trump of obstructing justice by firing former FBI director James Comey and violating the “emoluments clause” of the Constitution by taking gifts and money from foreign governments.

“In the face of this constitutional crisis, we must rise,” wrote Tlaib and John Bonifaz of the group Free Speech For People. “We must rise to defend our Constitution, to defend our democracy, and to defend that bedrock principle that no one is above the law, not even the President of the United States.”

Sherman, in conjunction with Rep. Gene Green of Texas, also attempted to impeach Trump in July 2017. That effort failed in December that year, having only been supported by 58 Democrats out of the 435-person House. Impeachment needs the support of the majority of the House before proceeding to the Senate.

The effort was opposed by then-House Minority Leader Nancy Pelosi, as well as Rep. Jerry Nadler, who as the incoming House Judiciary Committee chairman would oversee impeachment proceedings. But it was supported by many on the party’s ascendant left flank, including Jewish representatives Steve Cohen of Tennessee, Jamie Raskin of Maryland and Jan Schakowsky of Illinois.

Many newly-elected Democratic representatives called for Trump’s impeachment while on the campaign trail.