Israel Relabeled As ‘Palestine’ On Map In Rashida Tlaib’s Office 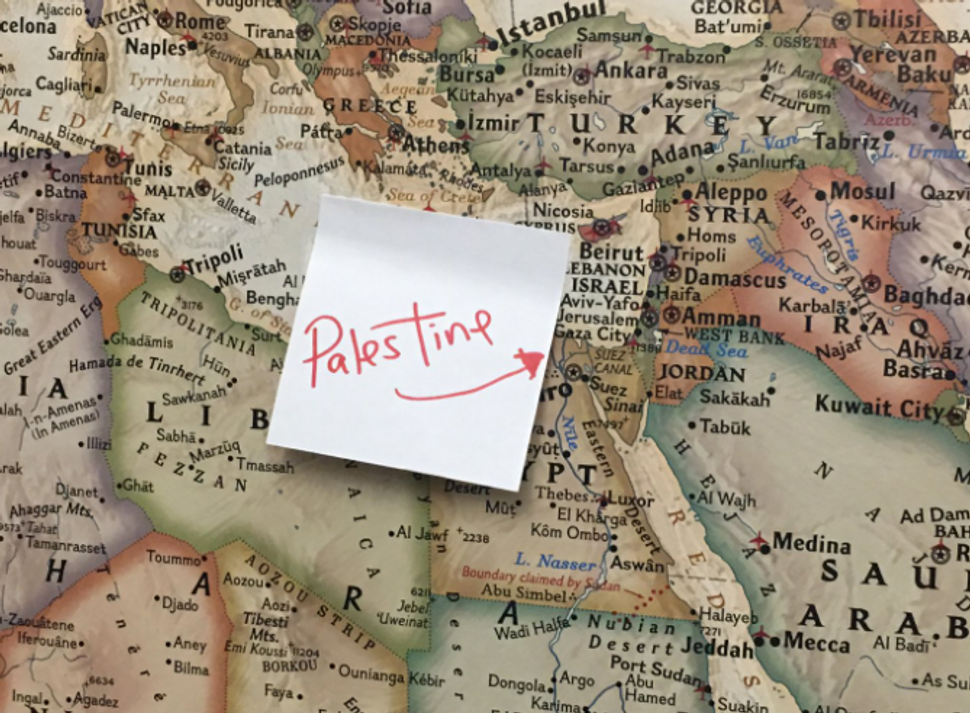 A change was made to the map in Rashida Tlaib’s office the day she was sworn into Congress: a Post-it Note smacked next to Israel, pointing to Palestine.

Tlaib of Michigan, a Palestinian-American, was one of the first two Muslim women to take her seat in the House — and she shared her heritage proudly. She took her oath on a special Koran (a 1734 English translation that belonged to Thomas Jefferson) and wore a red embroidered thobe, a traditional Palestinian gown. She has been vocal about her support of the boycott, divestment and sanctions movement against Israel.

Despite her views, she didn’t stick the note on her map.

Someone has already made a slight alteration to the map that hangs in Rashida Tlaib’s new congressional office. pic.twitter.com/mwyshIog4r

Among her entourage, a Palestinian-American comedian, Mo Amer, saw the map and added the Post-it, according to Buzzfeed News.

The scene outside Rashida Tlaib’s new office as she awaits her swearing in this morning. Linda Sarsour is here, comedian Mo Amer, Arab American activists, 100 kids from Detroit arrived by bus. #congress pic.twitter.com/uXbCYJnYu0

Also in the group was Linda Sarsour, a prominent Muslim-American activist, who is also one of the leaders of the Women’s March.

Israel Relabeled As ‘Palestine’ On Map In Rashida Tlaib’s Office