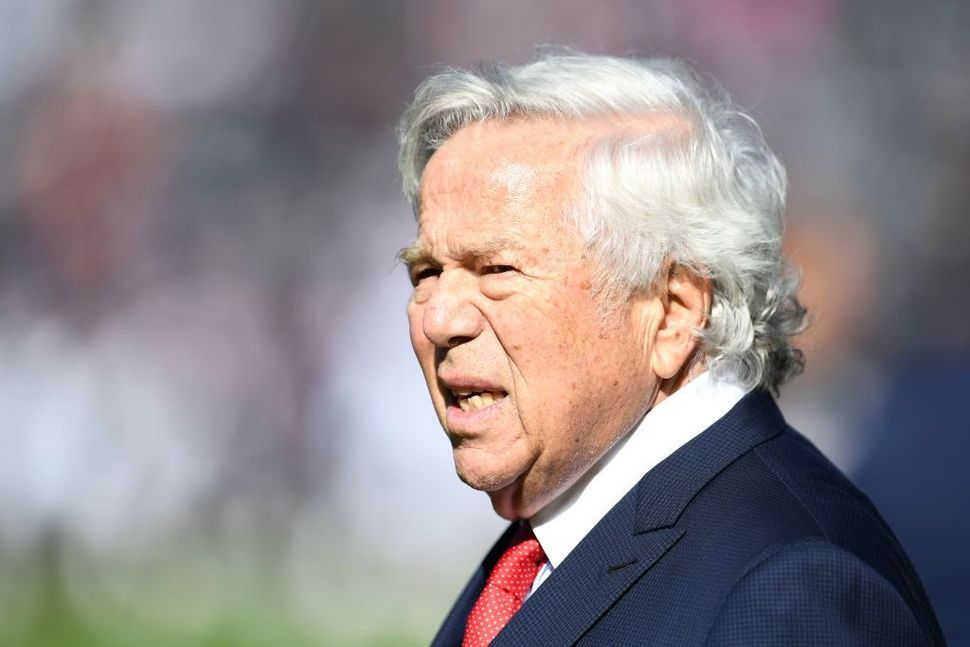 The 2019 $1 million Genesis Prize will be awarded to Robert Kraft, the billionaire owner of the New England Patriots.

The prize is intended to recognize Jews for their professional achievement and their commitment to Israel and Judaism. In its announcement, the organization behind the prize said that Kraft “has spoken out publicly and donated generously to organizations combating prejudices, including anti-Semitism and the de-legitimization of the State of Israel.”

It said that the $1 million award would be donated to pro-Israel efforts and campaigns to combat anti-Semitism. Kraft’s own family foundation has assets of $56 million, and makes grants of $12 million per year.

Kraft was picked from a list of five finalists prepared by a selection committee that include of Israeli officials and philanthropists. Members include Russian Jewish billionaire Peter Aven, American Jewish philanthropist Jack Rosen, and David Hatchwell, a Spanish Jewish investor. Six of the eight members are male. Observers have been critical of the gender imbalance on the selection committee since the prize was first announced in 2013.

The final determination was made by a separate committee chaired by retired Israeli Supreme Court Judge Tova Strasberg Cohen.

Last year’s prize was awarded to Israel-American actress Natalie Portman. They also awarded a special lifetime achievement award to Supreme Court Justice Ruth Bader Ginsburg. Portman’s prize money was given to women’s rights groups, but Portman was not able to choose the recipients after she declined to attend the awards in person.

The Genesis Prize was established by the Genesis Philanthropy Group, funded by Ukrainian and Russian Jewish oligarchs including Mikhail Fridman and German Khan.

This article has been updated to clarify the nature of the Genesis Prize and provide more information about its recipients.