IDF Goes Viral Dunking On Iran: ‘You Seem To Be Lost’ 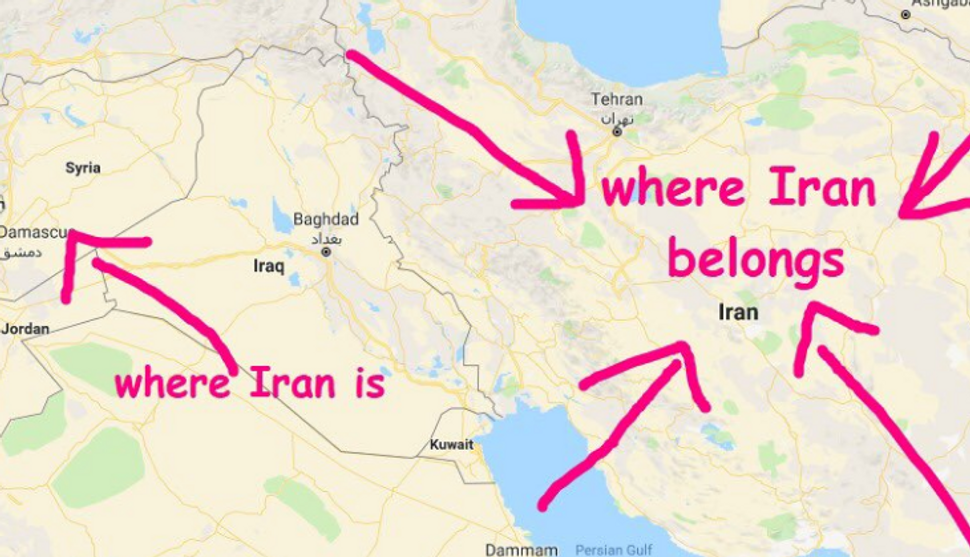 The Israeli Defense Forces has a few thoughts to share on Iran’s status in the Middle East.

In a tweet Monday, the IDF shared a map of the region with a feisty drawing of arrows pointing to “where Iran is,” in Syria, and “where Iran should be,” in its own country.

“Iran, you seem to be lost,” the photo was captioned.

Iran, you seem to be lost. Here: pic.twitter.com/ByrDyUjWDr

Many Twitter users have been responding to the post in anger, suggesting that Israel doesn’t belong where it currently is either.

Cool. Now do Israel and the USA.

Around the time of the tweet Monday, Israel announced an attack on Iranian-linked forces in Syria, The Washington Post reported.

“The IDF is currently striking Iranian Quds targets in Syrian territory,” the IDF said in a statement, referring to the elite branch of Iran’s Revolutionary Guard. “The IDF warns the Syrian Armed Forces against attempting to harm Israeli territory or forces.”

IDF Goes Viral Dunking On Iran: ‘You Seem To Be Lost’