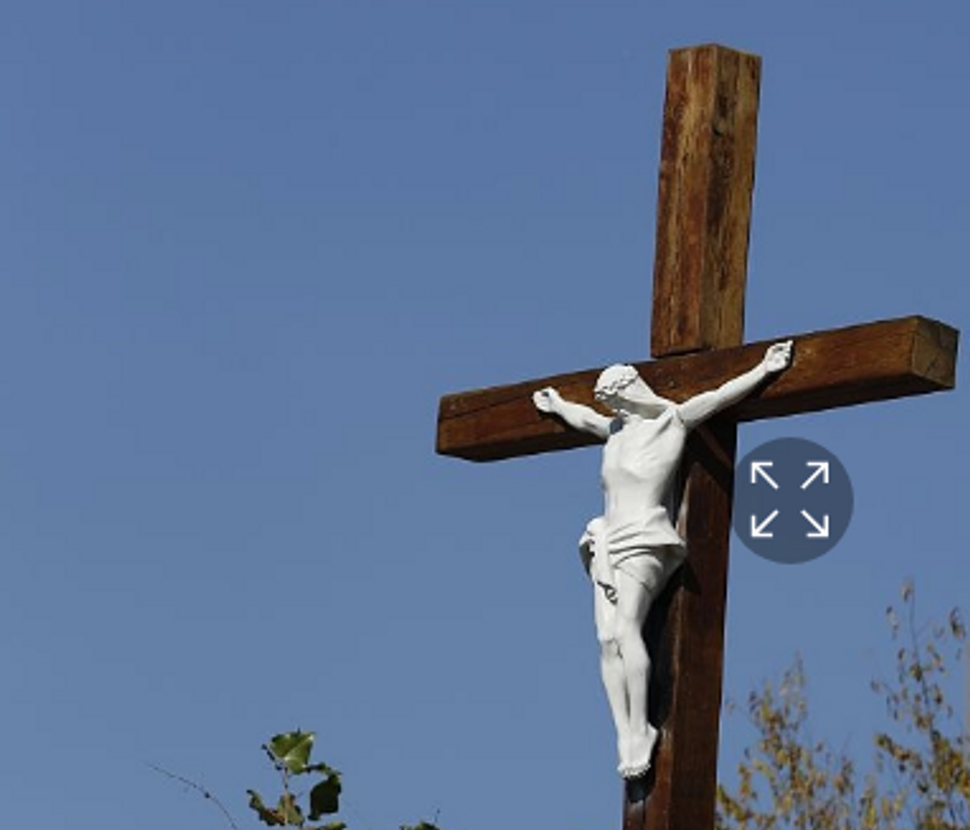 Crucifix in Uman, Ukraine, before vandalism. Image by Getty Images

(JTA) — Two Jewish U.S. citizens have been detained in Ukraine on suspicion that they vandalized a crucifix while inebriated, prosecutors said.

The incident, which occurred last month, is the latest in a series of hostilities in Uman, a pilgrimage site for Jews where friction with the local population often results in cycles of hate crimes.

The Prosecutor’s Office of the Uman Region in central Ukraine on Monday [announced](http://on Monday “announced”) the detention of the men, ages 19 and 20, in connection with an act of vandalism that happened last week. In it, two men who appeared to be dressed like Orthodox Jews broke parts of a crucifix that locals erected near a lake where Jews immerse themselves in a river as part of a religious ritual.

The men were filmed vandalizing the crucifix by a security camera.

The crucifix stands near the grave of the 18th-century founder of the Breslav Hasidic movement. Since it was placed there in 2013, the crucifix has suffered multiple acts of vandalism.

In 2016, a synagogue in Uman was broken into and sprayed with red paint. A pig’s head with a swastika carved into its forehead was left at the scene.

Brawls between locals and pilgrims are common in Uman, where about 30,000 Jews gather each year on [Rosh Hashanah](https://forward.com/schmooze/320610/rosh-hashana/ “Rosh Hashanah”).