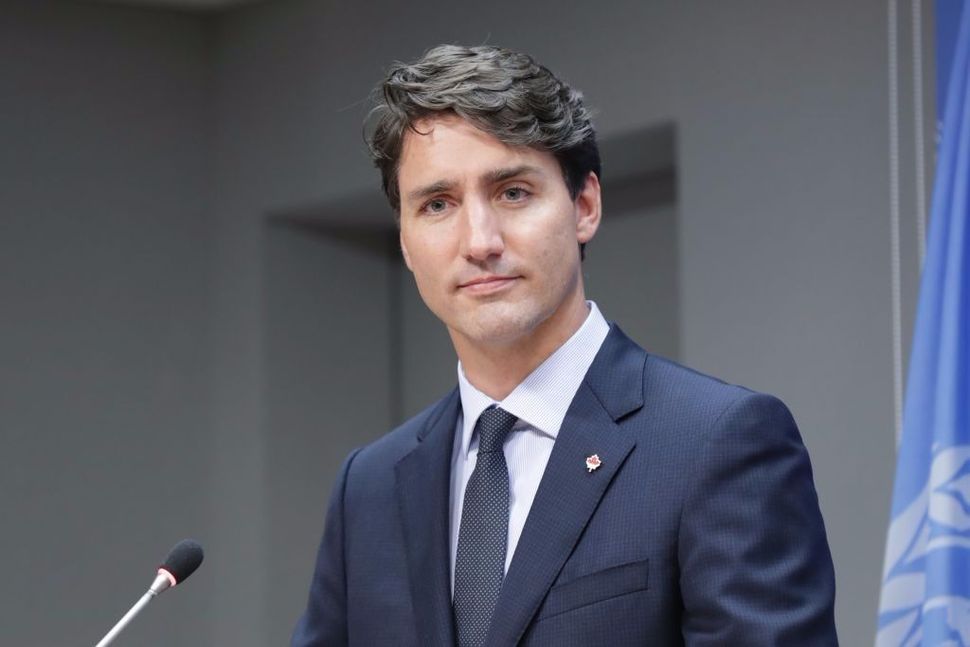 “I will continue to condemn the BDS movement,” Trudeau said.

Speaking at Brock University in St. Catharines, Trudeau was asked by an audience member to retract his previous condemnations of BDS, which he made in a speech in November apologizing for Canada turning away Jewish refugees in 1939.

Trudeau refused, arguing that many Jewish college students were victims of anti-Semitism during campus debates about BDS.

“It’s not right to discriminate or to make someone feel unsafe on campus because of their religion, and unfortunately the BDS movement is often linked to those kinds of frames,” he said.

Trudeau, the leader of the Liberal Party, said that Canada would continue to push for a two-state solution between Israel and the Palestinians, and reaffirmed that criticizing Israeli policies was acceptable. But he drew the line at the “3 Ds” formulated by former Jewish Agency for Israel chair Natan Sharansky: demonizing Israel, delegitimizing Israel, or having a double standard against the only Jewish state.

“In Canada we have to recognize that there are things that aren’t acceptable, not because of foreign policy concerns, but because of Canadian values,” he said.