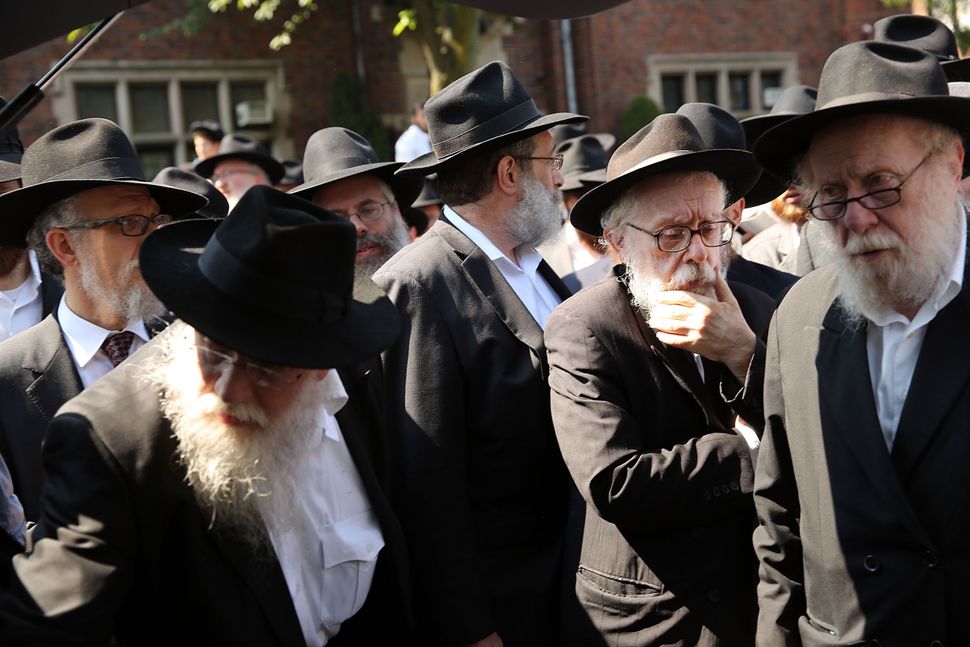 Orthodox Jews at the Brooklyn funeral for Rabbi Joseph Raksin, in 2014. Image by Getty

A Miami teenager who was arrested for a rabbi’s murder and later cleared of the charges is suing Miami’s police department, claiming that police jailed him despite having evidence that suggested he was not involved.

De’Andre Charles was arrested in 2015 at age 14 for the murder of Rabbi Joseph Raksin during a botched robbery. The case had been unsolved for 16 months when police arrested Charles based on a witness sketch that the Miami New Times compared to a depiction of a Muppets character.

Charles, 18, spent over a year in jail before he was cleared of charges in January 2017, the Miami Herald reported.

“The lack of evidence against Deandre was alarming, and he spent almost a year of his high school life in jail due to this travesty,” Adam Goodman, a lawyer for Charles, said Tuesday.

The Herald reported that there were numerous problems with the DNA evidence that police said pointed to Charles’ involvement in the shooting. Police also initially withheld from prosecutors that the gun used in Raksin’s murder had been used in a robbery a day before, seven miles away.

Raksin was killed on a Saturday morning while visiting from New York, as he walked to a synagogue in Northeast Miami-Dade county. Raksin’s family initially backed the arrest, and had earlier requested that the murder be classified as a hate crime.

No other arrests have been made in Raksin’s case, and it remains open, according to the Herald.