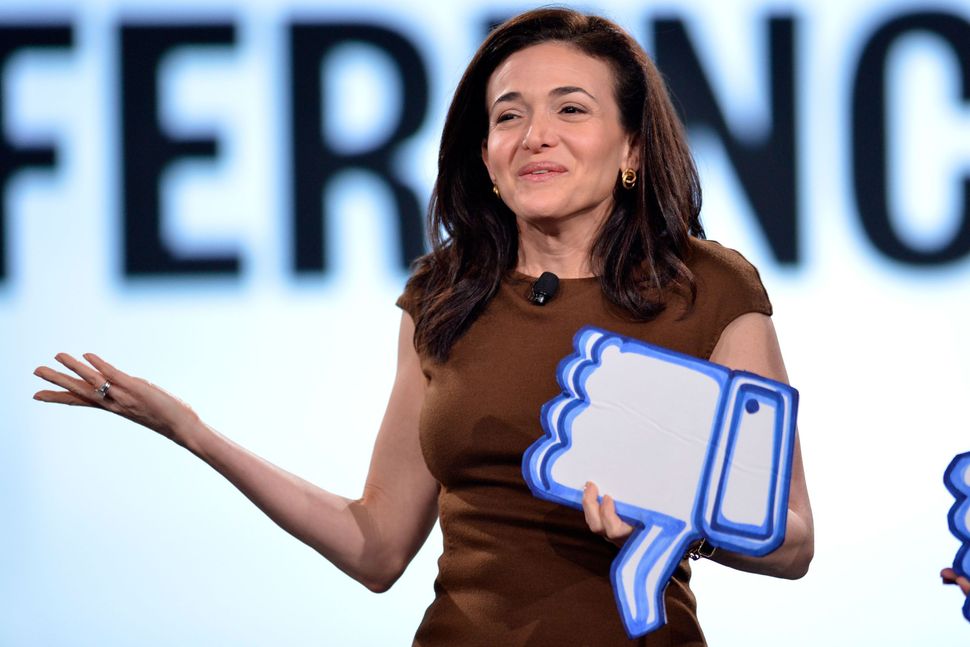 Sheryl Sandberg in 2017. Image by Getty

Sheryl Sandberg said in an interview Wednesday that teenagers who downloaded a controversial data collection program created by Facebook knew what they were downloading, Gizmodo reported.

The program, created by Facebook’s market research team, was marketed to — and downloaded by — users as young as 13, TechCrunch reported. Once downloaded onto a user’s phone, it created a virtual private network, or VPN, that allowed Facebook to track nearly everything users did on their phone, from internet browsing activity to private messages. Users who downloaded the app were paid to do so.

When Apple found out about the app, it cut off Facebook’s access to in-progress versions of its own apps.

“This is a Facebook Research app,” Sandberg said on CNBC Wednesday. “It’s very clear to the people who participated. It’s completely opt-in. There is a rigorous consent flow and people are compensated. It’s a market research program.”

“Now, that said, we know we have work to do to make sure people’s data is protected,” Sandberg added.

Sandberg also said that Facebook yanked the controversial app after concerns were raised about its overbearing data collection, contradicting statements from Apple that it removed the app itself. Business Insider also reported internal Facebook communications that suggest Facebook was not at all prepared for Apple’s response to discovering the extent of the Facebook app’s data collection.

Gizmodo also noted that, despite Sandberg’s statements, “legal minors [under 18] cannot sign contracts without parental or guardian consent.” The article noted that both the Pew Research Center and the Nielsen ratings system had much more “rigorous consent flows” than Facebook, requiring affirmative consent from a legal guardian to collect polling or viewer data on legal minors.