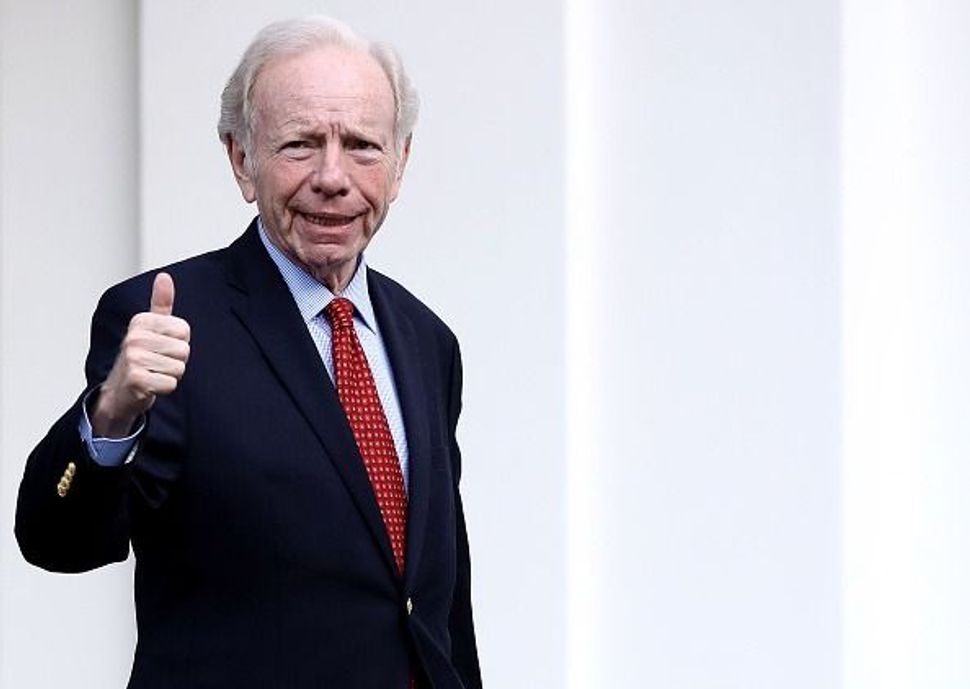 Nearly every prominent Democrat in America has called on Virginia Gov. Ralph Northam to resign after it was revealed that his medical school yearbook page includes a racist photo. A notable exception is one Democrat who has never been afraid to buck his party: Former Connecticut senator and vice presidential candidate Joe Lieberman.

When asked by CNN on Monday if he thought Northam should resign, Lieberman replied, “I don’t today.”

“I think there’s a rush to judgment that is unfair to him,” Lieberman continued. “One, he says he wasn’t in that picture. Two, I think we ought to fairly ask him, ‘Did he know the picture was on his page of that yearbook?’ And then three, really, he ought to be judged on the context of his whole life.”

Northam has apologized for the yearbook image, which features a man in blackface standing next to another man wearing Ku Klux Klan robes. Northam said in an apology statement after the photo was publicized that he was one of the people in the picture, but later claimed in a bizarre press conference that he was not in that picture — though he admitted that he had once worn blackface to impersonate Michael Jackson, and considered demonstrating his moonwalk skills before his wife intervened. 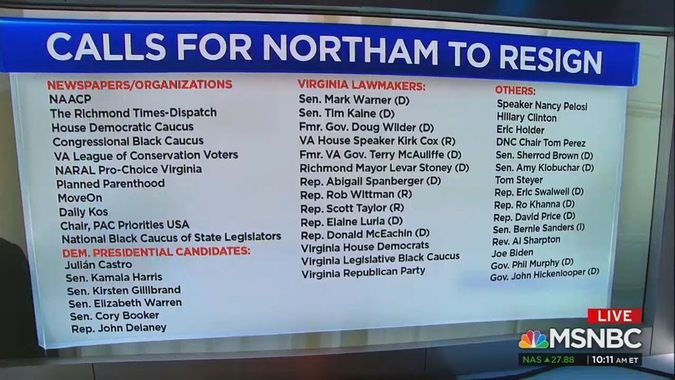 A lengthy list of Democrats called on Virginia Gov. Ralph Northam to resign over his racist yearbook page. Image by MSNBC/Axios

In his CNN interview, Lieberman, who is an observant Jew, made a point about the nature of forgiveness. “You know, I pray every day that God is merciful,” he said. “I know how imperfect I am, and I always feel that I’ve got to show the same kind of mercy to other people in judgment until they’re actually proven guilty. And I think he deserves a chance to prove what really is his essence — not to rush him out of office, unfortunately, for political reasons.”

Lieberman has often been at odds with fellow-Democrats, endorsing his friend John McCain for president in 2008 over Barack Obama and criticizing freshman Rep. Alexandria Ocasio-Cortez earlier this year for being “not the future” of the Democratic Party because she is too “difficult” and “controversial.”

Lieberman was also under consideration to serve as President Trump’s FBI director. During that time, according to Politico, multiple Democratic senators slammed Lieberman’s candidacy for the position. One senator, Sherrod Brown of Ohio, shared what Politico described as “a monologue on Lieberman’s faults,” ending with: “That’s all on the record.”