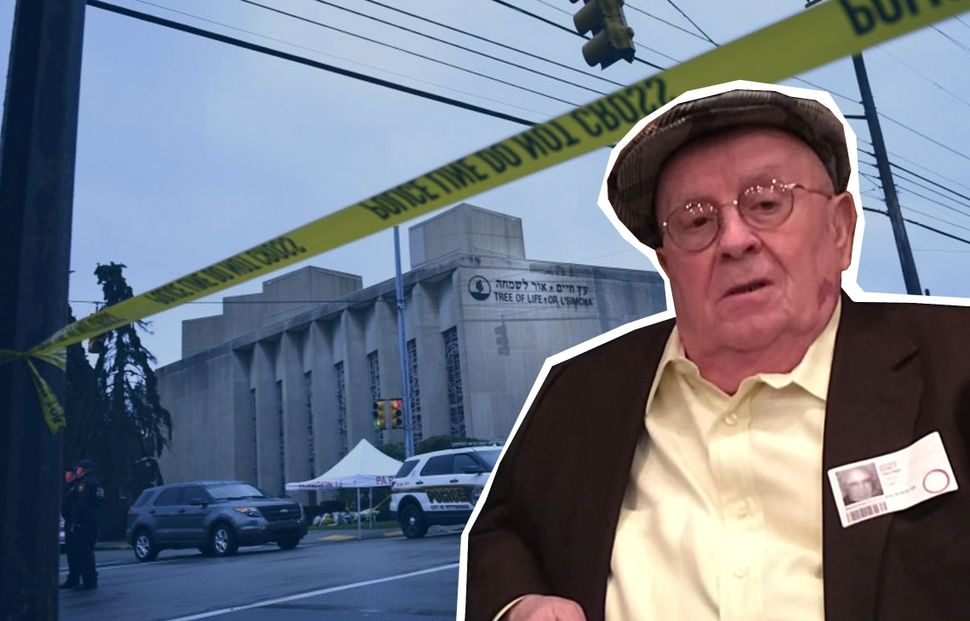 A surprising impromptu moment broke out during what was otherwise a largely unremarkable State of the Union address by President Trump on Tuesday: The assembled members of Congress sang “Happy Birthday” to a man who survived the Holocaust and narrowly escaped the massacre at a Pittsburgh synagogue last year.

Judah Samet was one of many Americans honored by Trump at the State of the Union. Trump recounted how Samet was freed from a Nazi train car during World War II, and how he escaped the gunman at the Tree of Life synagogue because he was four minutes late. Samet had been a member of Tree of Life for 55 years, and knew many of the victims.

Samet told the Forward last October that he spent his eighth birthday at the Bergen-Belsen concentration camp. He spent his 81st at the Capitol.

When Trump announced that it was his birthday, the assembled members of Congress sang “Happy Birthday” to him, while Trump mock-conducted.

“They wouldn’t do that for me, Judah,” Trump said when the song was over.

Samet, a Trump supporter, told the Pittsburgh Tribune-Review that he was told he was invited to the speech “because I represented two of the biggest tragedies for the Jewish people in the last hundred years.”

A police officer who arrived at the scene at Tree of Life was also honored. Eleven people were killed in the shooting, the worst attack on Jews in American history. The alleged shooter, Robert Bowers, is believed to have targeted the synagogue because of its support for the refugee resettlement agency HIAS.