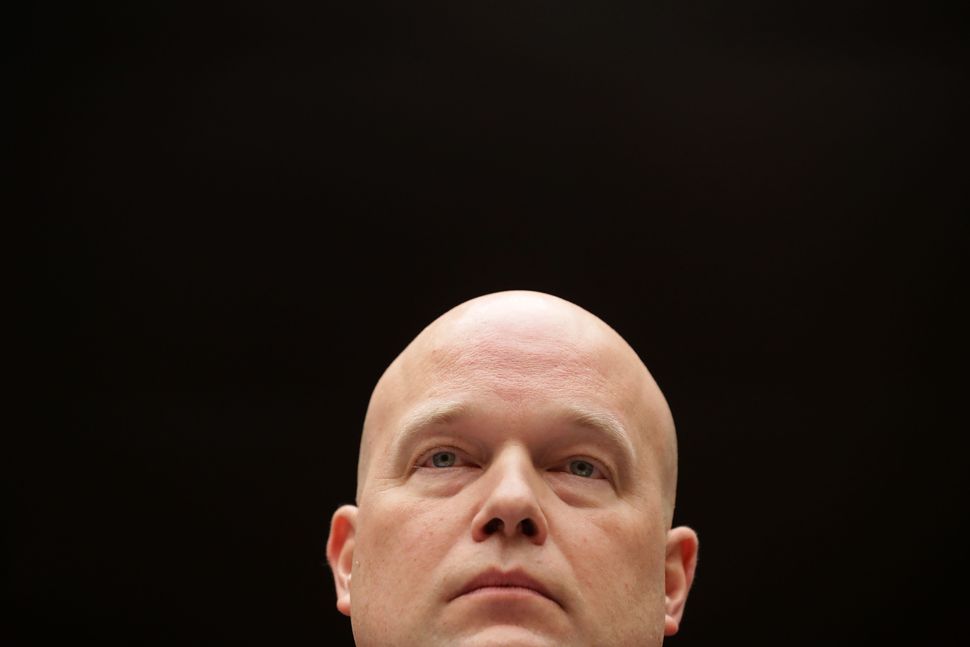 Midway through the hearing, as Nadler asked whether Whitaker had ever “been asked to approve any action or request to be taken by the special counsel,” Whitaker noted that Nadler’s allotted time had elapsed, according to CNN.

“Mr. Chairman, I see that your five minutes is up,” Whitaker said.

Nadler, who chairs the House Judiciary Committee, represents more Jews than any other member of Congress. Since the leadership of the House changed hands in December, he has emerged as one of the Trump administration’s most powerful foes on Capitol Hill.

In the days before Friday’s hearing, Nadler and Whitaker sparred over the conditions of the appearance, as NPR reported Friday. Whitaker demanded, and eventually received, assurances that he would not be subpoenaed if he appeared.

At the hearing, Whitaker said that he had not interfered in the Mueller investigation.

“There has been no event, no decision that has required me to take any action, and I have not interfered in any way with the special counsel’s investigation,” Whitaker told Nadler.