Candace Owens: Hitler Would Have Been ‘Fine’ If He Stayed In Germany 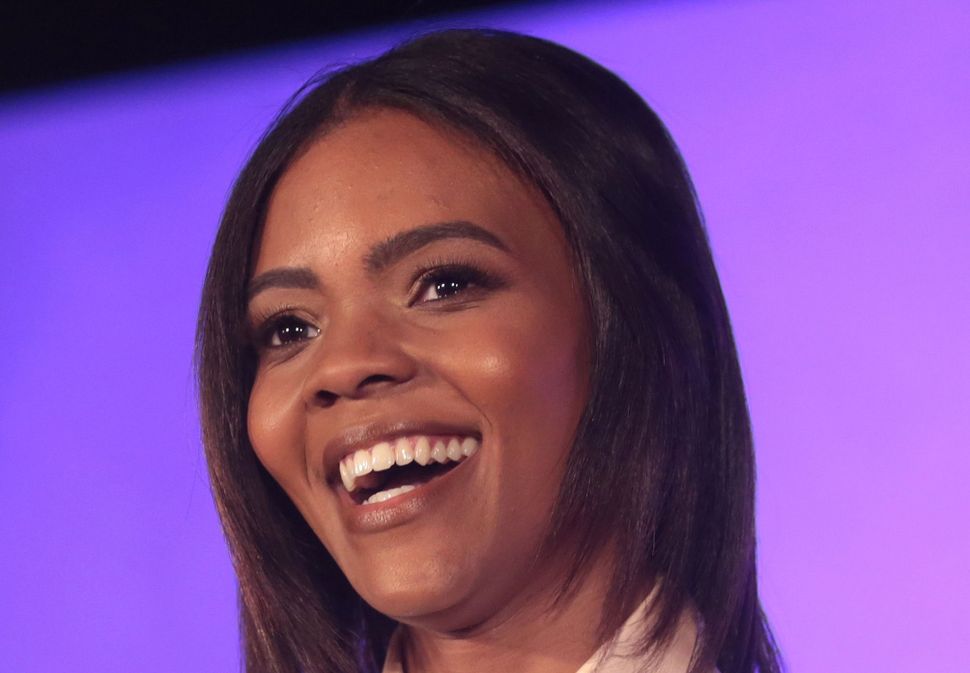 Conservative activist Candace Owens said at an event in Great Britain in December that it would have been “fine” if Nazi dictator Adolf Hitler had confined his goals to Germany and not attempted to impose his regime on other countries, BuzzFeed News reported Friday.

Owens is the communications director of the right-wing organization Turning Point USA, one of the largest student political groups in the country. She was speaking at a forum in London as part of the launch of the group’s sister organization in the United Kingdom. When asked by an audience member about nationalism, she pointed out that most Americans associate nationalism with Hitler.

“He was a national socialist,” she said. “But if Hitler just wanted to make Germany great and have things run well, OK, fine. The problem is that he wanted, he had dreams outside of Germany. He wanted to globalize. He wanted everybody to be German, everybody to be speaking German. Everybody to look a different way. To me, that’s not nationalism. In thinking about how we could go bad down the line, I don’t really have an issue with nationalism. I really don’t.”

Here is video of Candace Owens’ full answer on nationalism and Hitler pic.twitter.com/NfBvoH8vQg

Hitler’s regime passed a series of laws in the 1930s, years before the Nazi invasions of neighboring countries, banning Jews from citizenship, public schools and employment in many professions.

Many members of Turning Point USA have been accused of racism and anti-Semitism. According to The New Yorker, the group’s former national field director once sent a text message to fellow employee saying ““I HATE BLACK PEOPLE. Like f—- them all. . .I hate blacks. End of story.” The woman who replaced her had a history of racist tweets, HuffPost reported. A policy advisor for a pro-Trump group once said, in video captured of him on the sidelines of a Turning Point conference, that “The only thing the Nazis didn’t get right is they didn’t keep f—-ing going.”

Owens, who is black, said after the 2017 white nationalist march in Charlottesville that concern about the rise of white supremacy is “stupid.”

The BuzzFeed report disclosed more details about the organization’s troubled rollout, with many early supporters backing out. In a response video posted after the BuzzFeed article went live, Owens called the news site “the scum of the earth” and said she was trying to explain in her previous remarks that people “wrongly conflate” nationalism with Hitler, whom she called a “homicidal, psychotic maniac who was bent on world domination.”

According to Turning Point USA’s website, members of the group’s “advisory council” include conservative Jewish megadonors Adam and Gila Milstein, as well as Andrew Borans, the CEO of the Alpha Epsilon Pi Foundation and the longtime former executive director of that Jewish fraternity. AEPi and the Adam and Gila Milstein Family Foundation have been reached for comment and this story will be updated if they respond.

Candace Owens: Hitler Would Have Been ‘Fine’ If He Stayed In Germany