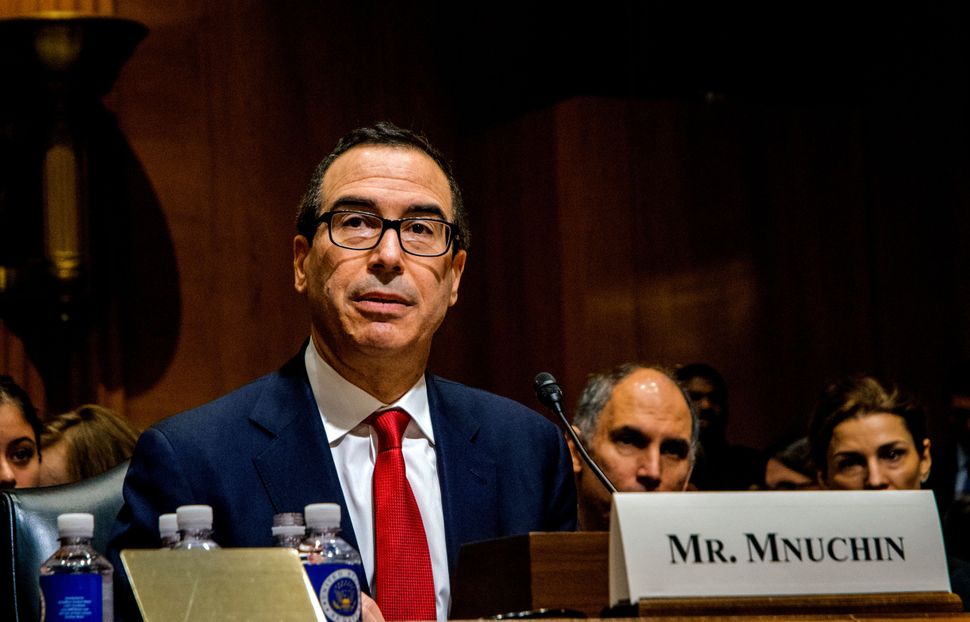 U.S. Treasury Secretary Steve Mnuchin’s financial disclosure forms from 2017 have gone eight months without approval from top White House ethics watchdogs, according to a report from the Center for Public Integrity.

While the Treasury’s ethics office has approved the forms, the Administrations top ethics officers, at the Office of Government Ethics, has not. The long time frame is unusual, and it’s not clear why it’s taking so long.

“[T]he only thing you know for sure, I know for sure is that [OGE Director] Emory Rounds is not satisfied with what he sees,” Don Fox, a former general counsel and acting director of OGE, told the CPI.

CPI identified two disclosure forms that may be attracting concern from the ethics office. One has to do with a production company that Mnuchin, a movie producer with deep financial ties to Hollywood, was chairman for, called Stormchaser Partners, LLC. Mnuchin divested his financial interest from the company after becoming Treasury Secretary, but his wife, Louise Linton, also a movie producer, continues to own Stormchaser.

But according to ethics laws, issues stemming from conflict of interest when an Administration official owns a stake in a company still apply if that official’s spouse has stake in the company. “That means the divestment of Mnuchin’s ownership stake won’t cure any conflicts that arise as long as Linton owns it,” CPI reported.

While delays are sometimes common for Administration officials who had complex holdings before joining the government, Mnuchin is the only Trump official whose disclosures have not been approved — except for Commerce Secretary Wilbur Ross, whose disclosures the OGE said last month it would not certify because they were not in compliance with ethics laws.