What is Jexodus, the Right-Wing Jewish Group Trump Tweeted About This Morning? 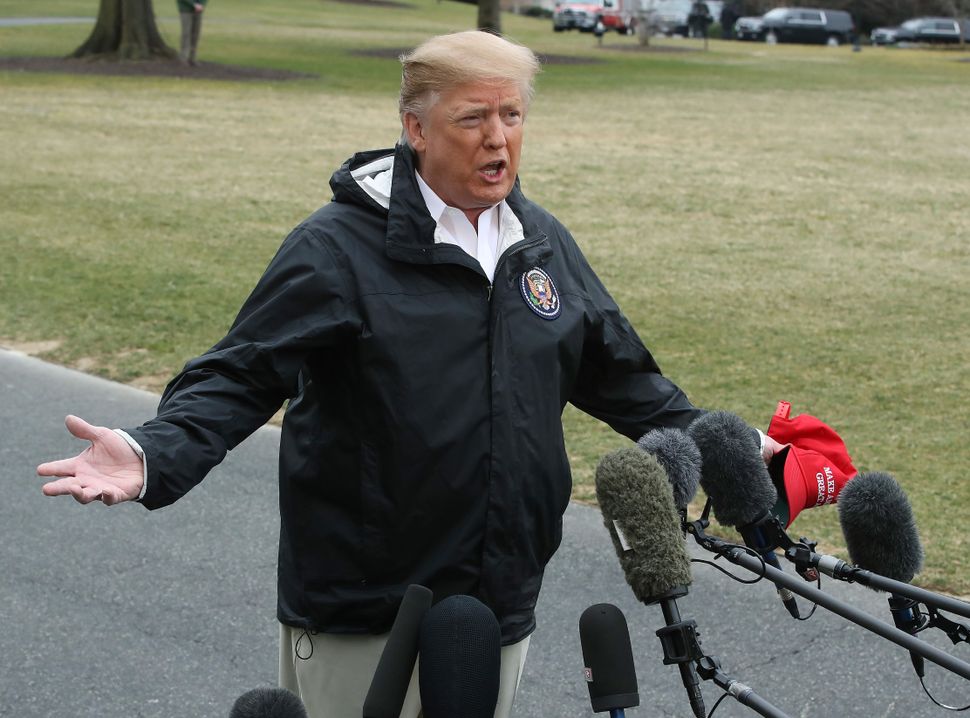 President Trump on Tuesday name-checked an all-but-unknown conservative Jewish group calling itself “JEXODUS” in a morning tweet, quoting its spokeswoman’s claims that “Jewish people are leaving the Democratic Party.”

The nascent organization, which has a website and little else, calls itself a group of “proud Jewish Millennials tired of living in bondage to leftist politics.” It says it is leading young Jews away from the Democratic Party. “We’re done standing with supposed Jewish leaders and allegedly supportive Democrats who rationalize, mainstream, and promote our enemies,” the group’s website reads.

But according to the Daily Wire, despite being a Millennial-focused organization, JEXODUS was created by a 56-year-old man named Jeff Ballabon, a longtime Republican Jewish political operative.

Ballabon, who serves as an adviser to the Trump campaign, last week called Congresswoman Ilhan Omar “filth” in a segment on the Fox Business Channel, and characterized her as an anti-Semite.

After the segment’s host, Stuart Varney, cautioned Ballabon that he had used a “very strong word,” Ballabon reiterated himself, saying: “She is a filthy, disgusting hater.”

When the Israeli newspaper Haaretz highlighted the incident in a tweet on Tuesday, Ballabon responded by calling Omar, who is Muslim, a “Jihadi.”

Ballabon played a role in the Republican Party’s 2016 decision to formally drop support for a two-state solution to the Israeli-Palestinian conflict from its platform.

Ballabon’s name does not appear on JEXODUS’s website, and the organization does not yet appear in any state corporation registries. In a February 28 tweet, Ballabon said that he had announced the launch of JEXODUS at the conservative political conference CPAC, alongside former White House advisor Sebastian Gorka.

The Forward revealed in 2017 that Gorka was a member of a far-right Hungarian group that operated under the direction of the Nazis during the Second World War.

Pipko is a model and former Trump campaign staffer. She is the author of two self-published books. She spoke to the New York Post in January about overcoming her fear that support for Trump could hurt her modeling career.

“My husband and I got married at Mar-a-Lago in December,” Pipko told the Post. “We invited the President but, unfortunately, it was just before the federal shutdown began. Our invitations were red hats that read ‘Make Marriage Great Again,’ with a tag hanging off that listed all the wedding information.”

“Anyone that’s Jewish, but also anyone at all that feels they’ve been told not to vote according to their own conscience and beliefs” is invited to join JEXODUS, Pipko told “Fox & Friends.”

The group’s name appears to be a nod to “Blexit,” an effort led by conservative pundit Candace Owens to draw Black voters away from the Democratic Party. Blexit’s name is, in turn, a play on the portmanteau “Brexit.”

While Republicans have made significant inroads in the Jewish community in recent years, Jews continue to vote overwhelmingly for Democratic candidates in presidential elections. Hillary Clinton received 71% of the Jewish vote in 2016, and 79% of Jews voted for Democrats in the 2018 midterms.

What is Jexodus, the Right-Wing Jewish Group Trump Tweeted About This Morning?