Survey Points To Strong Connections Between Jews And Muslims In U.S. 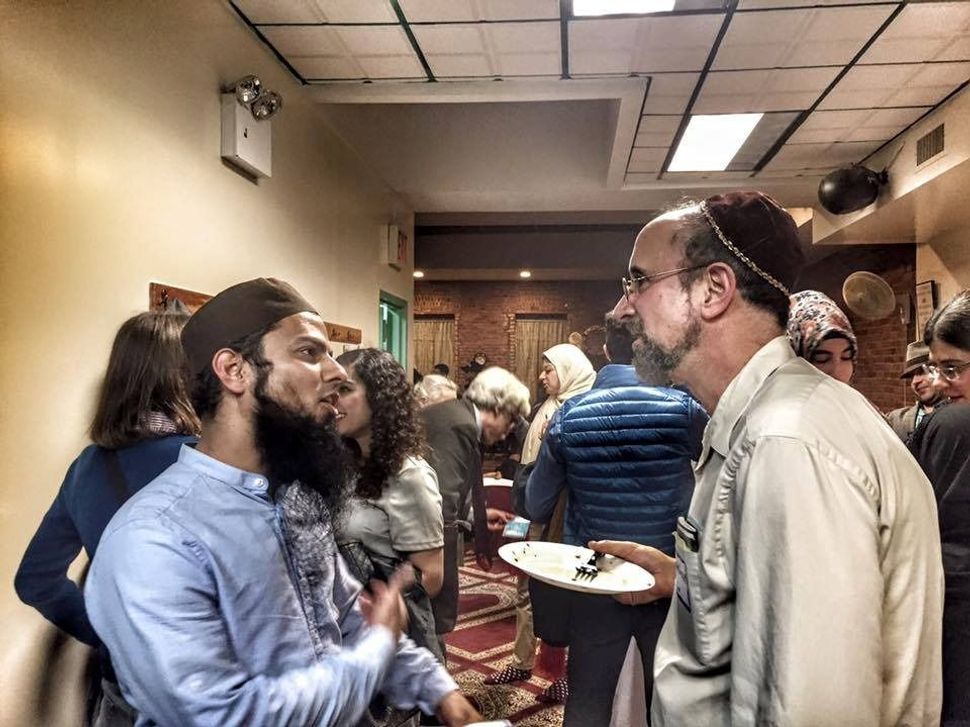 People speaking at a meeting of the Muslim Jewish Solidarity Committee in New York. Image by Facebook

A survey is pointing to relatively strong relations between the U.S. Muslim and Jewish communities, even as Jewish groups publicly push back against alleged anti-Semitic statements made by U.S. Rep. Ilhan Omar, one of the first Muslim women elected to Congress.

The survey was conducted earlier this year by the Institute for Social Policy and Understanding, a Michigan-based not-for-profit that researches and polls American Muslims. Among the findings is that while roughly half the general population knows a Muslim person, 3 in 4 Jews does.

The data also suggests that Jews and Muslims have overall favorable views of one another as minority groups. Jews are also more likely than Christians to know a Muslim person.

These survey question responses are an early release from a broader survey about Muslim Americans coming in May, according to Kat Coplen, a communications manager for the ISPU. The survey was based on a sample of 360 Jewish and 804 Muslim respondents.

Survey Points To Strong Connections Between Jews And Muslims In U.S.