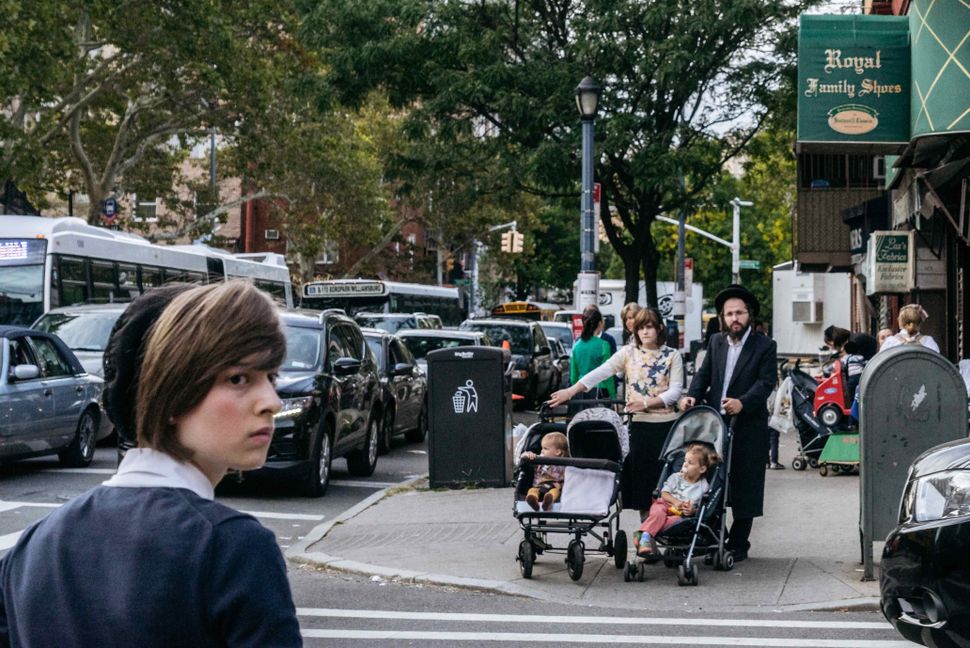 Hasidic Jews at an intersection in South Williamsburg. Image by iStock

The New York City Health Department announced Wednesday that five Williamsburg yeshivas were allowing unvaccinated children to come to classes, violating a directive from the department that all city yeshivas ban unvaccinated students.

The directive, issued last year, was meant to combat the ongoing measles outbreak in New York State, which has occurred exclusively in the Orthodox Jewish communities of New York City and communities in the Hudson Valley. In the city, the neighborhoods affected are Williamsburg and Boro Park, which both have heavily Orthodox populations. The outbreak is a result of low vaccination rates in the deeply Orthodox community.

The health department said that three of the yeshivas had allowed children with measles to attend classes while contagious. They said that if the schools do not comply with the directive they may face fines. One other yeshiva was found in January to have allowed a child with measles to attend, leading to 14 additional cases of measles.

A Hasidic woman who spoke to the Forward in January about Orthodox Jews who oppose vaccination said that her children’s schools in Williamsburg and the heavily Orthodox city of Lakewood, New Jersey, “never made a problem with” the kids’ religious exemption to vaccines. She says that her now five-year-old daughter’s school in Lakewood had allowed the girl to return after a five week exclusion, despite the fact that the girl is still not up to date on her vaccines.

In its press release, the city department said that the current measles outbreak has infected 158 people in the Orthodox community in New York, including 137 people under the age of 18.