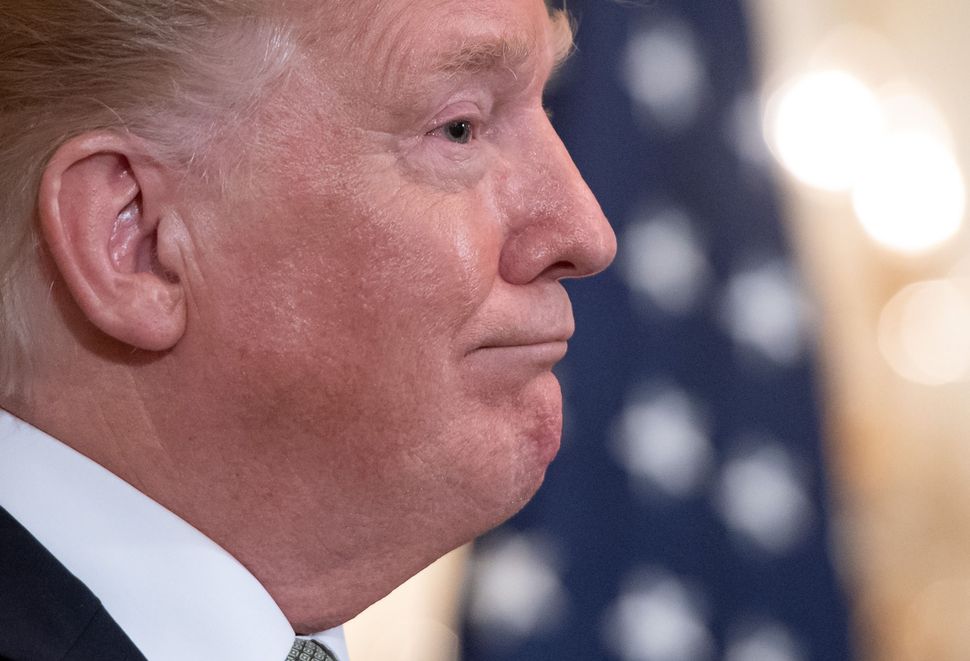 For the second time in a week, President Trump has tweeted about an all-but-unknown right-wing group that says it represents Jews who are abandoning the Democratic Party.

In his Friday morning tweet, Trump wrote that the Jexodus organization “encourages Jewish people to leave the Democrat Party,” and that “Republicans are waiting with open arms.” He cited his opposition to the Iran nuclear deal, and his decision to move the American embassy in Israel to Jerusalem.

Though it describes itself on its website as a group of “proud Jewish Millennials tired of living in bondage to leftist politics,” Jexodus was created by a 56-year-old longtime Jewish Republican operative and Trump campaign advisor named Jeff Ballabon.

The tweet, which came minutes after another tweet condemning the terrorist attacks on New Zealand mosques, drew swift criticism on Twitter. “Close eyes and imagine any other politician saying ‘Jexodus’ and the level of outrage that would ensue,” wrote the New York Times’s Maggie Haberman. The progressive Jewish group IfNotNow charged that that the tweet’s suggestion that Israel is the only policy issue of interest to American Jews was an instance of the anti-Semitic “dual loyalty” trope. Polling has shown that most American Jews prioritize domestic issues over Israeli concerns when casting their votes.

Jexodus’s spokeswoman, Elizabeth Pipko, is a model and former Trump campaign staffer, and the author of two self-published books. The group was first announced in late February at the conservative political conference CPAC. It has been mentioned by Trump twice in the past week, and Pipko and Ballabon have made a number of appearances in right-wing media.