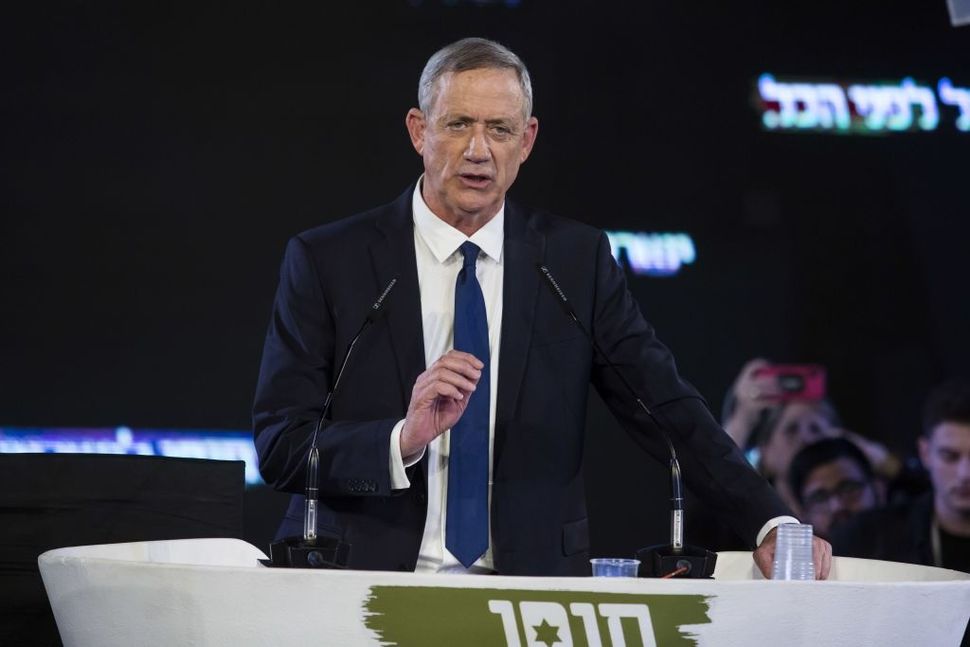 The Israel Security Agency informed Gantz, a former chief of staff of the Israel Defense Forces, of the hack five weeks ago, Channel 12 reported Thursday.

Gantz’s centrist Blue and White party, which is neck and neck in polls with Benjamin Netanyahu’s right-wing Likud Party, played down any prospect of a national security breach and suggested the story had been deliberately leaked, Reuters reported.

“It should be emphasized that the incident in question happened some four years after Gantz finished his term as chief of staff and the current timing of its publication raises many questions,” Blue and White said in a statement.