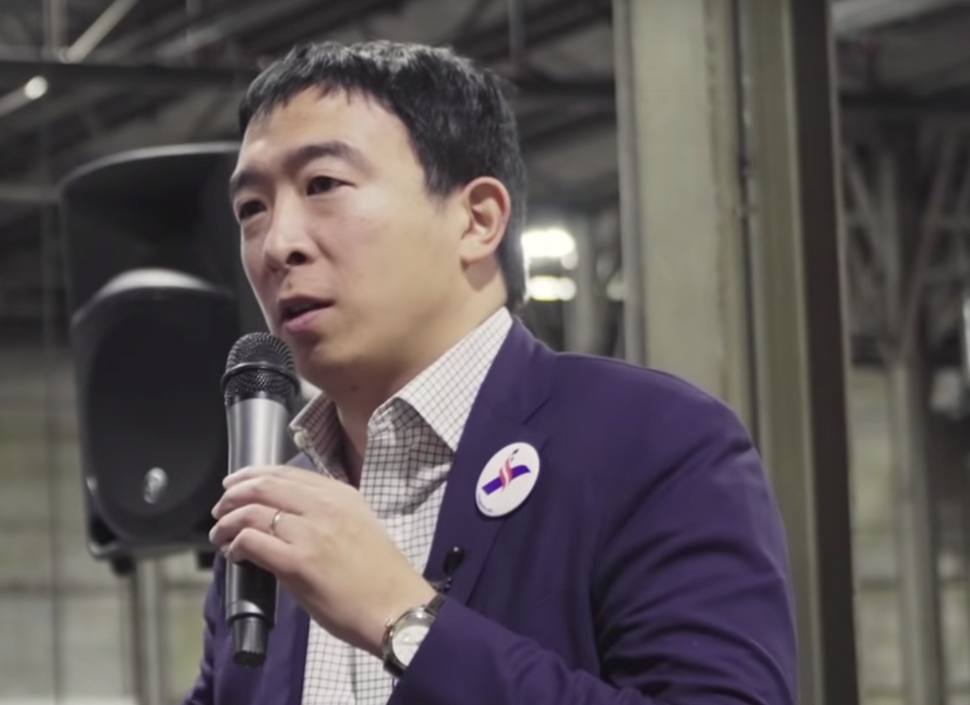 Democratic presidential candidate Andrew Yang revealed he’s against circumcision, and if elected, he would include that view into public policy.

In a tweet that fell under-the-radar, Yang said that he was against the practice of cutting a newborn’s foreskin, which is often done for religious purposes. He doubled down in an interview with The Daily Beast, in which he said that his agenda would include reassuring parents that circumcision isn’t necessary for infants’ health. He called the ritual a “cultural onus.”

“It’s sort of pushed on parents in many situations,” Yang said.

Yang might be the first ever presidential candidate to take a public stance on circumcision, according to The Daily Beast. An entrepreneur, he supports dozens of other policies and is running on a platform of universal basic income. He’s now hoping to appeal to circumcision opponents, known as “intactivists” (meaning those who choose to keep penises intact).

“I’m highly aligned with the intactivists,” Yang said. “History will prove them even more correct.”

Yang told The Daily Beast that he initially planned to have his sons circumcised so they wouldn’t feel self-conscious, but his wife didn’t share his sentiment. He said that he hopes to encourage parents not to feel pressured into circumcising their baby boys.

“From what I’ve seen, the evidence on it being a positive health choice for the infant is quite shaky,” said Yang. He did not share whether he was circumcised.