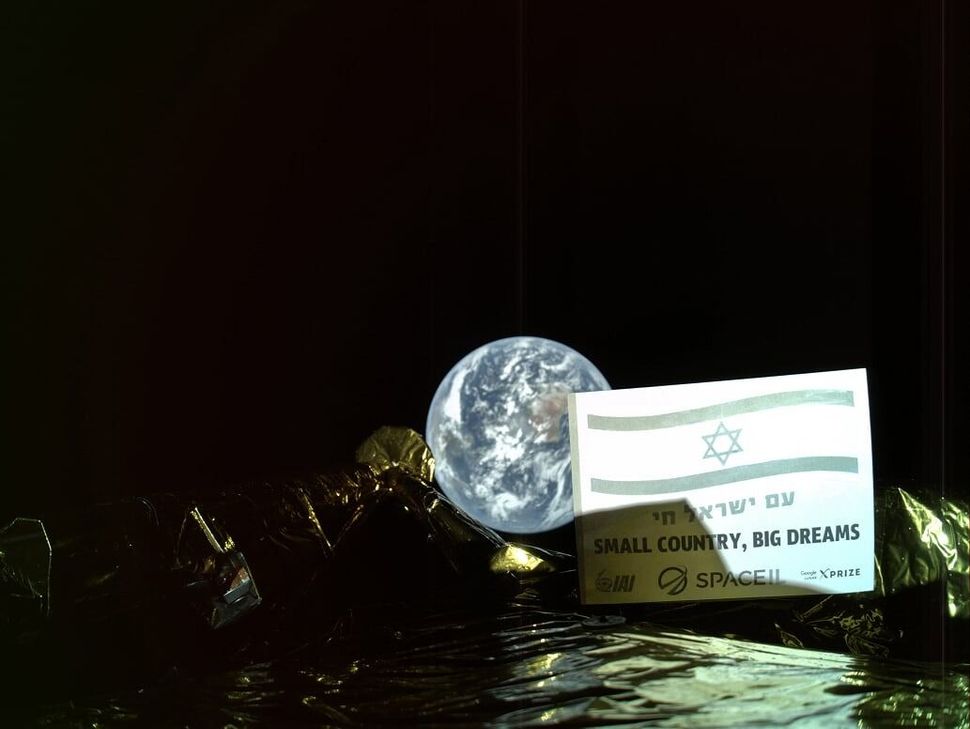 JERUSALEM (JTA) — The Israeli spacecraft Beresheet successfully conducted its final major maneuver as it continues on its journey to the moon.

The spacecraft burned its engine for 60 seconds as it moved to an elliptical orbit around the earth that will intersect the moon’s orbit and be captured in it. The rendezvous is scheduled for April 4 at 251,655 miles from earth, SpaceIL said in a statement.

The lunar lander is expected to land on the moon’s surface on April 11.

The landing site has been identified as the northeastern part of Mare Serenitatis, or the Sea of Serenity, a flat area on the moon’s surface.

The spacecraft continues to communicate with the Israel Aerospace Industries and SpaceIL control room in Yehud in central Israel.