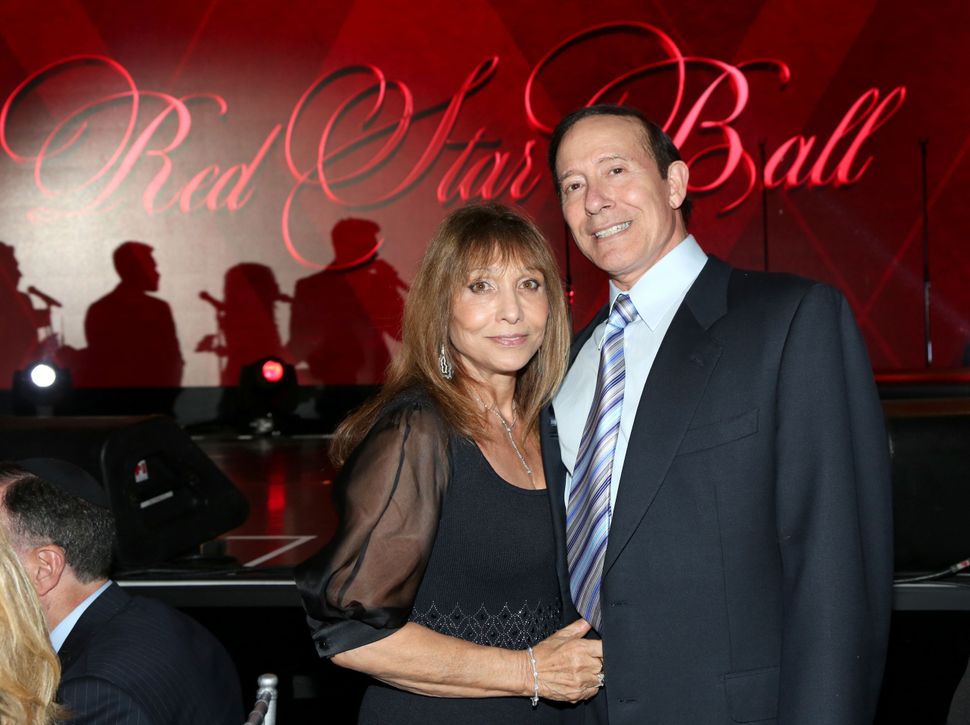 Adam Milstein, the chairman of the hawkish Israeli American Council, backed out of a commitment to moderate a panel at the upcoming AIPAC conference amid a controversy over a tweet in which he said that the values of Muslim congresswomen Ilhan Omar and Rashida Tlaib “clash with American values.”

Milstein, who also serves on the boards of a number of pro-Israel groups, including the AIPAC National Council, the Israel on Campus Coalition and StandWithUs, has a long history of controversial tweets. Below, some standouts.

In 2017, Milstein tweeted a picture depicting Jewish billionaire George Soros as an octopus enveloping the world — an image that drew on common anti-Semitic tropes. He later deleted the tweet. “I’ll try to be more careful in the future,” he told JTA at the time.

Earlier that year, Milstein had described George Soros in a tweet as “a self-hating #Jew.”

Being a self-hating #Jew doesn’t help George Soros who is being called EVIL ZIONIST-AMERICAN by #Iran #Ayatollah https://t.co/rvVdmkmxEe pic.twitter.com/v9mgjcXIBx

On Tuesday, Milstein tweeted a video in which he said Glenn Beck had exposed Omar “as a Terrorist.”

Watch @glennbeck exposes @IlhanMN as a Terrorist, who operates on behalf #CAIR, an affiliate of #Hamas, a US designated terrorist organization. Glenn Beck takes a closer look at @Ilhan Omar and her relationship with dual leaders of Hamas and CAIR https://t.co/V8BchmqyN1

In the wake of the Pittsburgh synagogue massacre, Milstein posted tweets characterizing a conference organized by the pro-Palestinian student group Students for Justice in Palestine as “a conference calling to kill #Jews.”

Can a conference calling to kill #Jews take place after #PittsburghSynagogue shooting? YES, and it’s happening Nov. 16 at @UCLA. #SJP leaders and members often call to kill #Jews (see image for yourself) and #UCLA is undeterred in inviting their national conference to its campus pic.twitter.com/UAnpXzhtWZ

In January 2019, Milstein posted images of conflict at a pro-Palestine protest in Amsterdam, then asked how long until Tlaib and Women’s March leaders Sarsour and Tamika Mallory would be “successful in bringing this #Jew hatred and #Antisemitism to America?”

Just another day of Anti-#Israel #Jewish hate and violence by local #Palestinians in peaceful #Amsterdam few months ago. How long until @RashidaTlaib @LSarsour and @TamikaDMallory are successful in bringing this #Jew hatred and #Antisemitism to America?https://t.co/9KXG6yLkDI … pic.twitter.com/viYn1qiZrM

Milstein, an Israeli-American, has tweeted frequently about what he refers to as the “Islamicization of Europe,” often citing stories of crimes committed by Muslims, with many links coming from disreputable sources. (Several of the tweets cited here have since been deleted).

Get the idea yet? pic.twitter.com/Lmbojey4Cv