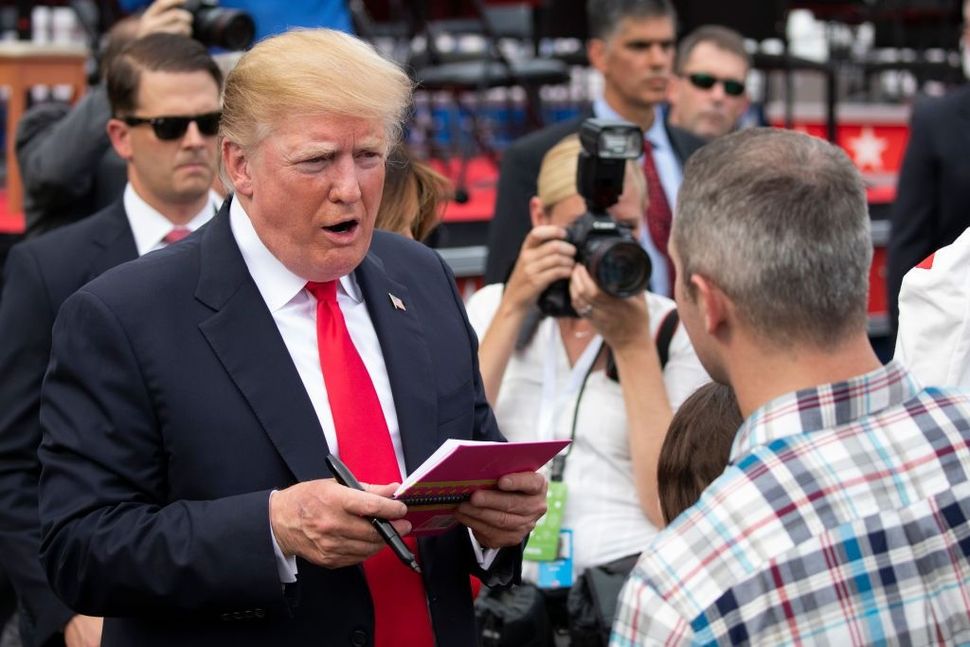 Most American Christians thought it was inappropriate for President Trump to sign the cover of a bible, as he did in early March, according to a Morning Consult poll, reports Religion News Service.

According to the poll, 65% of Christians in the U.S., and 64% of Americans, think it was inappropriate to sign the bibles.

Some religious leaders have defended Trump for signing the books. “Though we don’t have a national faith, there is faith in our nation, and so it’s not at all surprising that people would have politicians sign their Bibles,” Hershael York, dean of the Southern Baptist Theological Seminary School of Theology, told the Associated Press. “Those Bibles are meaningful to them and apparently these politicians are, too.”

A local Texas television station, KWTX, reported that one bible Trump signed in 2016 is available on eBay for $525.