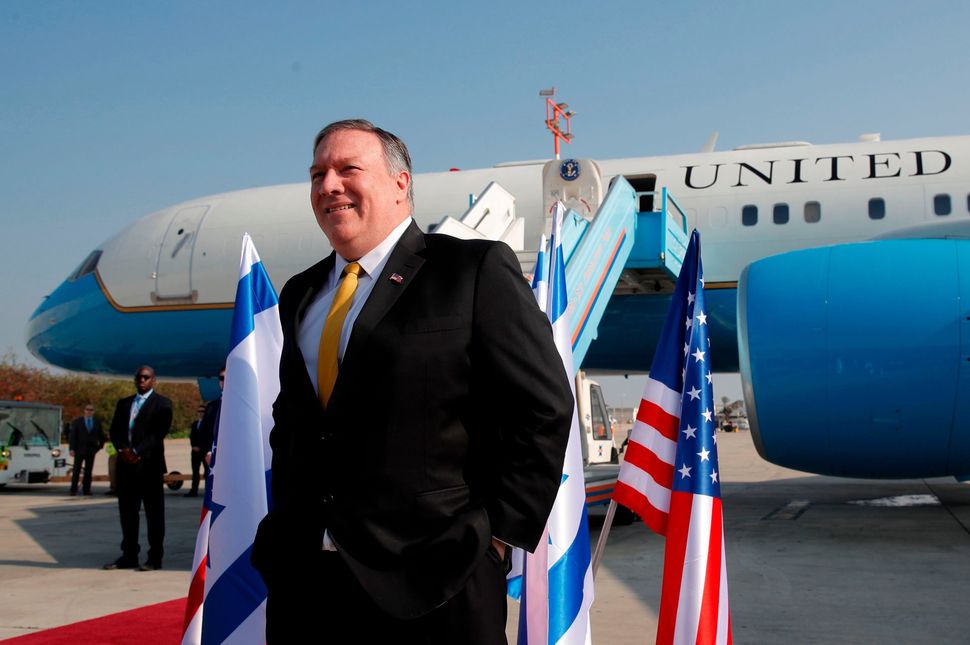 It wasn’t a Purim joke, though it may have sounded like one.

On Thursday, Secretary of State Mike Pompeo told a Christian television network that it’s “possible” that God sent President Trump to save the Jews — just like he sent Queen Esther, from the Purim story.

“Could it be that President Trump right now has been sort of raised for such a time as this, just like Queen Esther, to help save the Jewish people from the Iranian menace?” asked Chris Mitchell, a reporter with the Christian Broadcasting Network.

“As a Christian, I certainly believe that’s possible,” Pompeo responded.

Thursday was Purim, the Jewish holiday that celebrates Queen Esther’s rescue of the Jews of Persia.

An evangelical Christian and a former director of the Central Intelligence Agency, Pompeo gave the interview while in Jerusalem, where he met with Israeli prime minister Benjamin Netanyahu. In Israel, Pompeo said the U.S. planned to heighten pressure on Iran. Israeli media portrayed the visit as a political gift to Netanyahu, who is facing a difficult reelection campaign.

Mike Pompeo, the Secretary of State, recently talked about the Rapture at a public event. Also if he believes Trump is here to save Jews why did he call white Supremacists “very fine people” and promote an antisemitic George Soros conspiracy theory? Questions to ask.