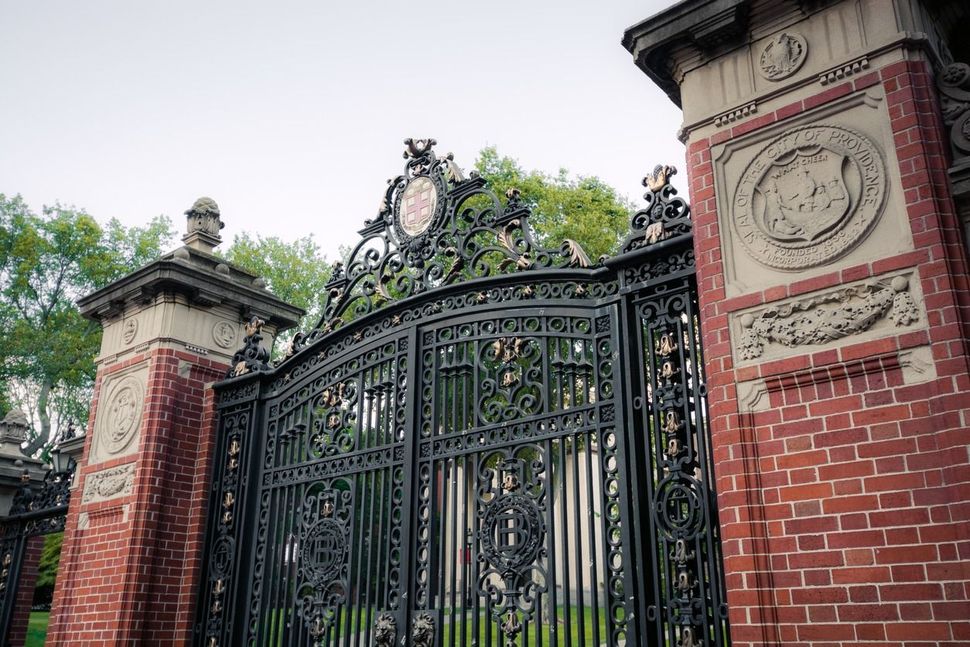 Students at Brown University voted Thursday to call on the school to divest from companies that allegedly violate human rights through their work in Israel.

Some 69% voted for the measure in a campus referendum, with 31% opposed. Students were asked whether the university should ““divest all stocks, funds, endowment and other monetary instruments from companies complicit in human rights abuses in Palestine.” Around 44% of the student body participated in the vote, which also included student government elections.

Many Jewish students expressed their disappointment in the result. “This referendum is a defeat for all students who believe there is a better way to pursue peace between Israelis and Palestinians, who seek intellectually honest discourse about Israel and the conflict, and who prioritize a safe and inclusive community at Brown,” the group Brown Students for Israel said on their Facebook page.

But the group Brown Divest, which also included some Jewish supporters, was jubilant. “Today is a historic day for Brown as we take an emboldened and clear stand against the university’s complicity in human rights abuses in Palestine and in similar systems of oppression around the world,” the coalition said in a statement.

University president Christina Paxton said that the school would not abide by the referendum’s results. “Brown’s endowment is not a political instrument to be used to express views on complex social and political issues, especially those over which thoughtful and intelligent people vehemently disagree,” she said in a statement Friday.

Brown had been the site of several Jewish- and Israel-related controversies over the past few years. In 2016, anti-Israel student activists protested a talk at Hillel about “Jewish Journeys” featuring then-Jewish Agency for Israel chairman Natan Sharansky and actor Michael Douglas. Later that year, many students petitioned for trans activist Janet Mock to drop out of a scheduled talk at the school because it was co-sponsored by a Hillel-affiliated group. Mock later bowed out because of the controversy.

According to the Forward College Guide, 1,000 Jewish undergraduate students attend Brown, comprising around 14% of the overall student body.

Student or faculty BDS resolutions have passed at 31 universities across the country since 2015, according to the Amcha Initiative, a not-for-profit that tracks campus anti-Semitism. However, no school administration has ever actually agreed to boycott or divest from Israel or companies that do business there.