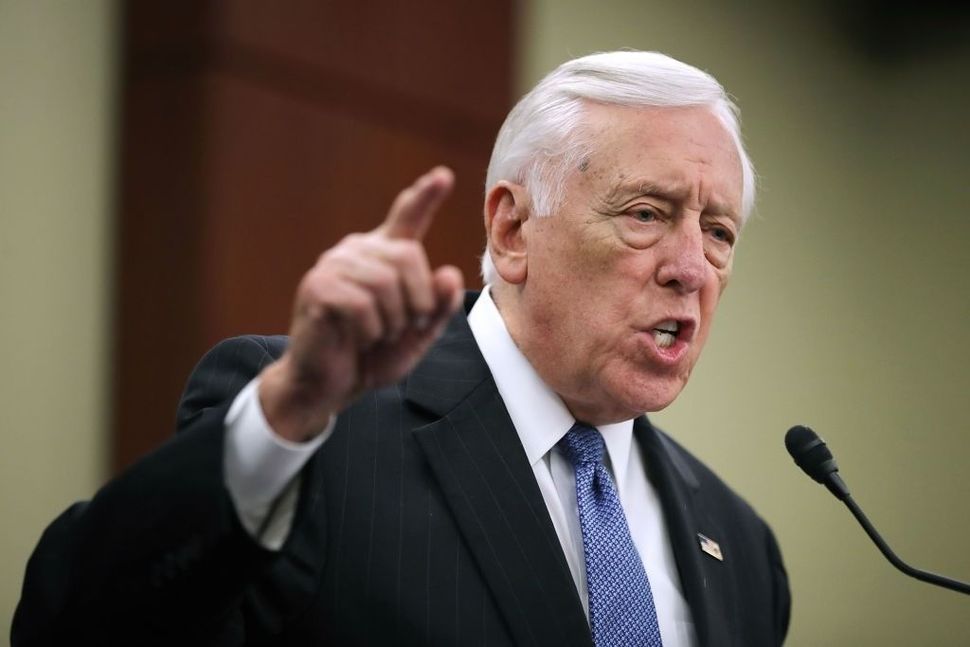 WASHINGTON (JTA) — Rep. Steny Hoyer, D-Md., the majority leader in the U.S. House of Representatives told AIPAC that Rep. Ilhan Omar, D-Minn. was not representative of the Democrats when it comes to Israel.

“When someone accuses American supporters of dual loyalty I say accuse me,” Hoyer said to cheers Sunday at the annual conference of the American Israel Public Affairs Committee, saying the “overwhelming majority” in Congress continues to support Israel. “Let’s have debates on policy instead of impugning the loyalty of Israel’s supporters.”

Omar last month started a debate that his split the party when she said she felt pressure to pledge “allegiance” to Israel. She previously said that AIPAC purchased support in Congress through campaign donations. (AIPAC does not support candidates, although its activists are expected to.)

Hoyer also appeared to criticize Rep. Rashida Tlaib, D-Mich., a Palestinian American who backs endind assistance to Israel and who plans to lead a lawmakers’ tour of the West Bank to rival the one Hoyer leads to Israel every year with the assistance of an affiliate of AIPAC, as well as Rep. Alexandria Ocasio Cortez, D-N.Y., who has defended Tlaib and Omar.

“This August I will lead what I expect to be the largest delegation ever” to Israel, Hoyer said. “There are 62 freshman Democrats,” he said, and cocked his ear. “You hear me? 62 — not three.”